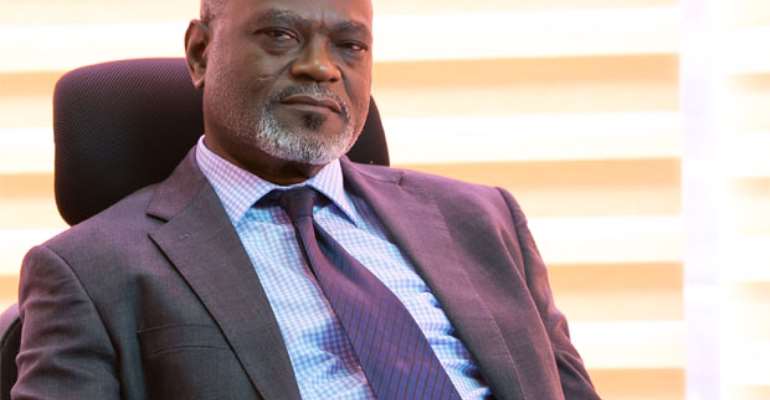 High rent cost paid by Global Access Savings and Loans Company Limited to its majority shareholder – Dr. Kofi Amoah – was one of the main factors that collapsed the company.

The Bank of Ghana (BoG) dossier on the 23 savings and loans companies, whose licences have been revoked, said: “Global Access assumed the liability of a loan contracted by the majority shareholder amounting to GH¢2.91 million. The loan amount was injected into the institution as equity capital.”

However, the liability was concealed as a suspense account in the books of Global Access Savings and Loans Limited.

The report continued: “The institution continues to record accumulated losses due mainly to high rent expenses paid to the majority shareholder for the use of his premises. The institution failed to keep accounting records in a manner that gives an accurate and reliable account of its transactions that constitute unsafe and unsound banking practice.”

Global Access Savings and Loans Company Limited was incorporated under the laws of Ghana in 1998 and commenced business in February 2000 as a partner agent of ADB in the Western Union Money Transfer Business.

“Global Access Savings and Loans has been insolvent since 2016 with serious liquidity challenges. The reported capital adequacy ratio and net worth are both negative. The institution's worth of negative GH¢58.19 million as of end May 2019 indicates that its paid-up capital is impaired in violation of Section 28(1) Act 930. The institution's capital adequacy ratio of negative 195.06% as of end May 2019 is in violation of Section 29(2) of Act 930,” the Central Bank report added.

The BoG report added that Global Access Savings and Loans Limited had breached the statutory cash reserve ratio requirement since 2016.

The BoG said it had several engagements with the board and senior management on the need to inject additional capital but those did not yield any fruitful results. Rather, it opted to apply for liquidity support from the BoG, a move which was declined due to its insolvency position.

Noting that the institution failed to implement BoG's on-site examination findings conducted in October 2018, the report said there had been several complaints from customers about the inability of Global Access Savings and Loans to honour depositors' withdrawals.

“The company neither published nor submitted its 2017 Audited Financial Statements to the Bank of Ghana contrary to Act 930,” according to the report.

Giving reasons why he took such high rent from Global Access where he is also majority shareholder, Dr. Amoah who is also the Chairman of the Normalization Committee overseeing football activities after the Ghana Football Association (GFA) was scrapped, said: “I'm a businessman. I have interests in several businesses.”

He said further that “when I closed the entertainment, I refurbished it; MTN and ENI were interested to rent it; there were two South African companies also interested in renting it.”

“I was in negotiation with them when the management of Global Access came and said the way the banking structure in Ghana is, for a savings and loans, you need to brighten your image; you need to position yourself in the public mind that they can trust you. Your offices are solid; when they enter there it looks professional,” he added.