Macron and Putin to discuss international hot spots ahead of G7 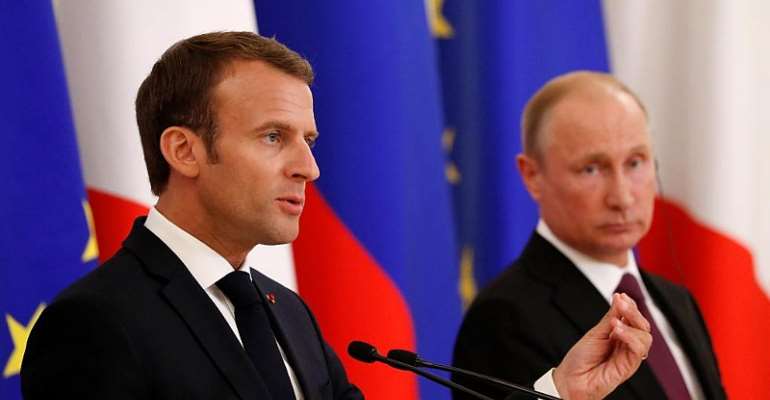 French President Emmanuel Macron will host his Russian counterpart, President Vladimir Putin at his holiday residence on Monday. A “working session” in Bregançon Fort, days ahead of the G7 meeting in Biarritz which Russia will not attend. It was expelled from the G8 in 2014 over its annexation of Crimea.

After Versailles in 2017, Saint Petersburg in 2018, today's meeting will be the third one between the leaders of France and Russia.

Kremlin advisor Yuri Ushakov said that the dialogue between France and Russia had "intensified" in the recent months. He added that President Putin's visit to the medieval seaside fortress at Bregançon – the summer holiday residence of French presidents – was the "logical continuation" of Putin's regular contact with Macron

Ushakov confirmed that Macron and Putin would discuss Iran's nuclear programme, as well as the conflict in Syria, Ukraine, EU-Russia cooperation and Franco-Russian relations.

“Russia and France share the common task of preserving” the nuclear deal and “preventing the escalation of tensions between Iran and the US,” Ushakov said.

Talks between Putin and Macron come days before the Group of Seven (G7) summit in the French seaside resort of Biarritz on August 24 – 26. Russia will not attend as it was expelled from what was the G8 in 2014 over its annexation of Crimea and support for separatists in eastern Ukraine. French officials said they don't favor Russia's return until those issues are resolved.

A French banker, Philippe Delpal, who had spent the last six months behind bars in Russia on fraud charges, was released into house arrest on Thursday. . Delpal, a partner at Moscow private-equity firm Baring Vostok Capital Partners, was detained with other colleagues in February. They deny wrongdoing and say the charges stem from a business dispute with local investors.

Macron repeatedly spoke to Putin about the case. Putin's spokesman, Dmitry Peskov, said that there was no political influence over the court's decision.