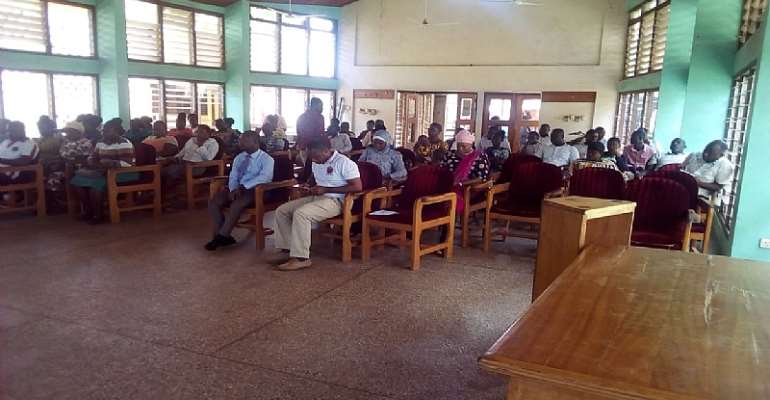 The Civil and Local Government Staff Association of Ghana (CLOGSAG) has been educated on pensions. The sensitization was done by the Sunyani zonal Office of the National Pensions Regulatory Authority (NPRA).

The zonal corporate affairs of the National Pensions Regulatory Authority, Mr. Samuel Baffour Awuah admonished workers to be interested in issues regarding their pensions since according to him it is during old age that health expenses of people increase. He traced the historical background of the current pension schemes adding that agitation by workers on the low pensions they were receiving from the Social Security and National Insurance Trust(SSNIT) and their demand to migrate them to the Cap 30 pension scheme let to the commissioning of a committee which came out with the three-tier pension scheme. He took participants through the three tiers of pension schemes namely; tier one, two and three. He stated that the tier one and two schemes are compulsory while the third tier which is targeted at the informal sector is voluntary.

Further, Mr. Baffour Awuah stated that from next year the Social Security and National Insurance Trust (SSNIT) no longer be paying the lump sum to retirees but the selected fund managers while SSNIT will only be paying the monthly pensions.

He advised workers to always check from their payslips to ensure that all the contributions are been deducted and report any anomalies in their pensions to the Authority for redress.

In his closing remarks, the Berekum East Municipal Coordinating Director, Mr. I.B Ankomah appealed to workers to take issues of their unions very seriously since the unions are there to protect their interest.