#OFOR Campaign: Over 160 Pedestrians Killed At Sofoline-Abuakwa Highway In 18 Months 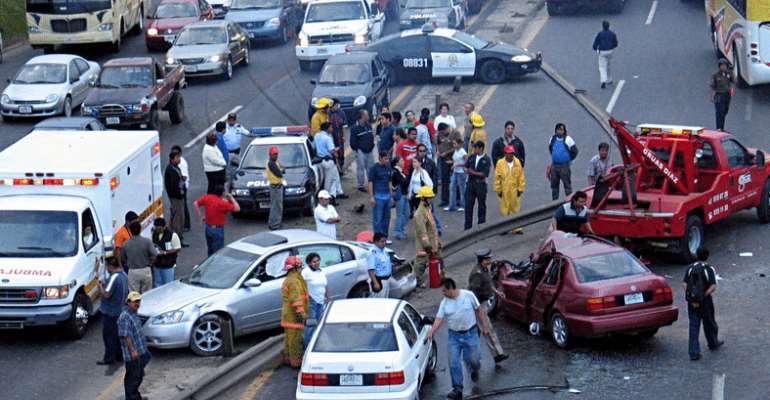 One hundred and sixty pedestrian deaths caused by vehicle knock downs have so far been recorded on the Sofoline-Abuakwa highway in the Ashanti region from January 2018 to July 2019.

This was disclosed by the Assembly member for the Asuoyeboah Electoral Area, Hon. Martin Owusu, in an interview with Otec News’ reporter, Jacob Agyenim Boateng, on Thursday, August 15, 2019, during Asanteman Akwan’ on “Operation Fix Our Roads #OFOR”.

The assemblyman attributed the deaths to the lack of road signs on the uncompleted highway that links the Western North and Ahafo regions.

Residents of Asuoyeboah, Tanoso, Kwadaso and Sofoline have blamed the Minister of Roads and Highways, Hon. Kwasi Amoako Atta, for his failure to prioritize and allocate funds for the completion of the 11 Kilometer Komfo Anokye-Abuakwa stretch.

“If the minister had prioritized this major road and released funds for its completion with the road signs, the unnecessary deaths, if not stopped, would have been reduced.

A resident, Madam Abena Florence, recounting how she lost her 80-year-old mother, Agartha Manu, in a fatal knock down while crossing the Sofoline-Abuakwa highway, said “the death was preventable if road signs and traffic lights were in operation on the highway" she cried out.

They therefore appealed to the government to release funds for the complete the project to avoid the prevented deaths.