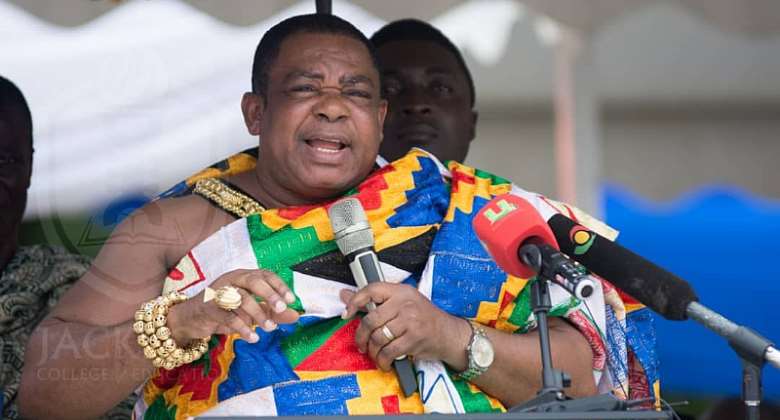 The President of the Ghana National Chamber of Commerce (GNCC), Nana Dr. Appiagyei Dankawoso, has applauded the Jackson College of Education (JCE) for the significant role it is playing in teacher education in Ghana.

He said, for a private institution to produce over 11,000 teachers at no cost to the government in a country where teacher deficit is a perennial challenge is an achievement worth celebrating.

Nana Dankawoso who was speaking at the 7th graduation of JCE held in Kumasi said, the college deserves recognition for complementing government's efforts in producing adequate professional teachers for quality basic education delivery.

A total of 1,084 students graduated after successfully completing their three-year diploma in basic education.

The President of GNCC opined that teachers are the fulcrum of human capital development. He further added their development is a prerequisite for sustained national growth and poverty alleviation.

According to him, Ghana's future belongs to the youth who could best be equipped with quality education in preparation for the dynamics of the 21st century; hence, it is important to applaud the exploits of Jackson College of Education.

"I am informed that among other things, the objective of the Jackson College of Education is to minimize the rate of school drop-outs and help make teachers readily available in basic schools across the country", he stated.

He was of the firm belief that such a policy direction would lead to the reduction in streetism, hooliganism, and hopelessness confronting the youth of today.

He praised Prof. Ebenezer Jackson and Mrs. Theodosia Wilhelmina Jackson for the vision of initiating such an impactful project and assured them of the continuous support of the Juaben Traditional Council.

"I have personally followed the development pattern of this college since it was established in 2009 by Prof. and Mrs. Jackson as the first private college of education to run distance education programme in Ghana and I must say, I am highly impressed with the great strides made so far", he added.