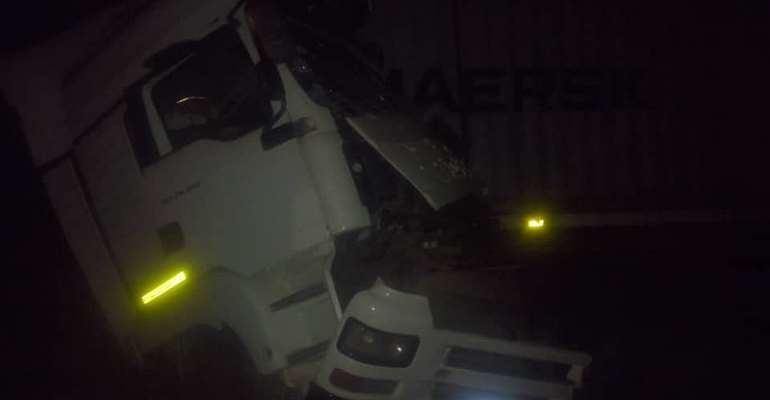 Three persons have been confirmed dead after a vehicle they were travelling in got involved in an accident at Kwahu in the Eastern Region.

The three who are yet to be identified were among 15 passengers who were aboard a Kia Rhino Truck with registration number GM 1250- 16.

According to the police, the three died while on admission at the Kwahu Tafo Clinic after they were rushed to the health facility moments after the accident along the Kwahu Tafo and Kwahu Adawso road.

The cause of the accident is yet to be known.

The 12 other victims are on admission at the Kwahu Atibie government hospital.

The Eastern Regional Police Public Relations Officer, DSP Ebenezer Tetteh indicated that investigations have commenced an investigation to ascertain the cause of the incident.

“Today 09/08/19 at about 13:30pm, suspect driver, Prince Mireku Samuel of Nkwatia was driving a Kia Rhino truck with registration number GM 1250-16 loaded with fifteen passengers from Miaso towards Nketepa. On reaching a section of the road between Kwahu Tafo and Adawso the vehicle was involved in an accident.”

“Occupants onboard the vehicle sustained various degrees of injuries and were sent to Kwahu Tafo clinic and Kwahu Gov’t Hospital respectively. At Kwahu Tafo clinic three unidentified victims died whilst receiving treatment and their bodies have since been conveyed and deposited at Kwahu government hospital mortuary for preservation and autopsy”.

DSP Ebenezer Tetteh added that the accident vehicle is yet to be towed to the police station.