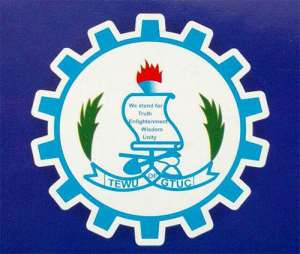 The Teachers and Educational Workers' Union (TEWU) has issued a caution to government against the “imposition of the SIC-GES insurance on its members.

At a press in Accra on Thursday, August 8, 2019, TEWU alleged that the Ghana Education Service (GES) was still forcing the policy on its members.

It noted emphatically that it will no longer tolerate the imposition of the insurance policy.

Acting General Secretary of TEWU, Mark Dankyira Korankye, who addressed the media, said the entrenched position taken by the management of the GES has seen the continuous deductions from members' salaries under the GES-SIC Insurance policy.

He disclosed that at various TEWU Regional conferences held throughout the country from June to July 2019, the members unanimously condemned the situation where they have filled forms to opt out of the GES-SIC insurance policy, but still deductions are continuing.

He said it was surprising to TEWU members that their consents were not sought in the first place to subscribe to the policy.

“And now that we have the opportunity to fill forms to opt-out of the policy, they are frustrating us by continuing to make deductions from our salaries. We call on the GES Management to stop the illegal SIC policy deduction and refund what has already been deducted,” he said.

“What we stand for is that it is an insurance package, so individuals who think that it is good for them, should have been given the opportunity to pick a form and fill it to subscribe to it,” he noted.

According to him, “these wholesale deductions in the name of the GES-SIC must stop in order to maintain industrial harmony. This was the understanding of members of TEWU during all the regional conferences.”

He revealed that other issues raised during the regional conferences were the delay in paying critical support premium to all categories of workers under TEWU, increasing workload under the SHS Double Track, backlog of promotions, need to fast track recruitment of more non-teaching staff.