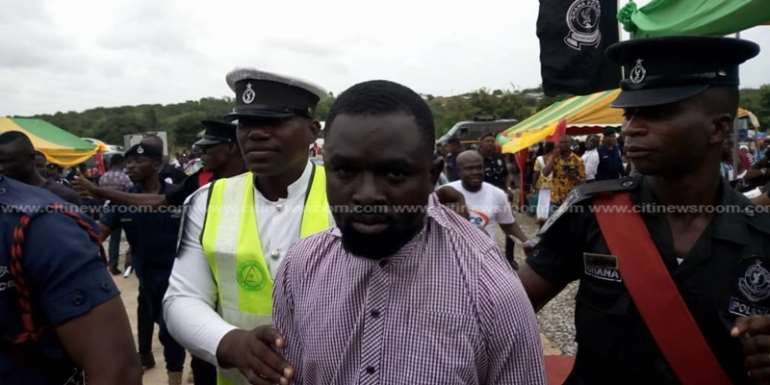 The Central Regional Police Command has nabbed four suspected car snatchers who robbed a man of his KIA Picanto.

According to Irene Oppong, the Central Regional Police PRO, police officers made the arrest after receiving a distress call when they were witnessing the commissioning of the Gomoa Okyereko Police Station.

They were told that a group of armed men had robbed a taxi driver of his car and were heading towards Gomoa Dominasi.

“We had intelligence while we were commissioning the Gomoa Okyereko Police Station today, Tuesday, that a group of armed men had snatched a taxi cab from a taxi driver. Quickly some of the Police Officers pursued them and arrested them,” DSP Irene Oppong narrated. 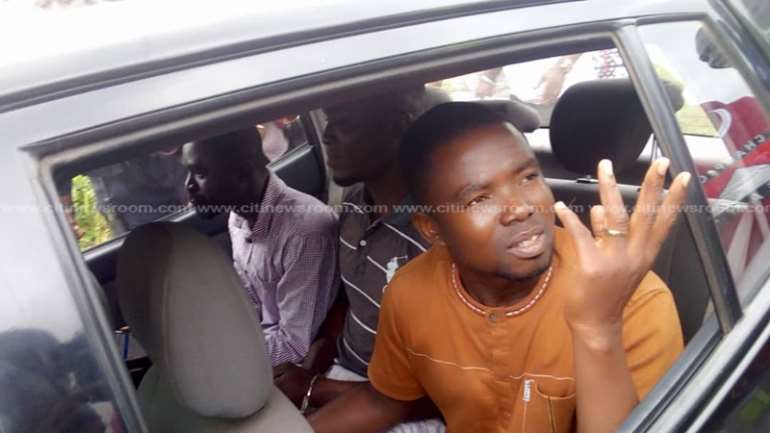 The IGP urged the Police personnel who would be posted to the new station to work with diligence. 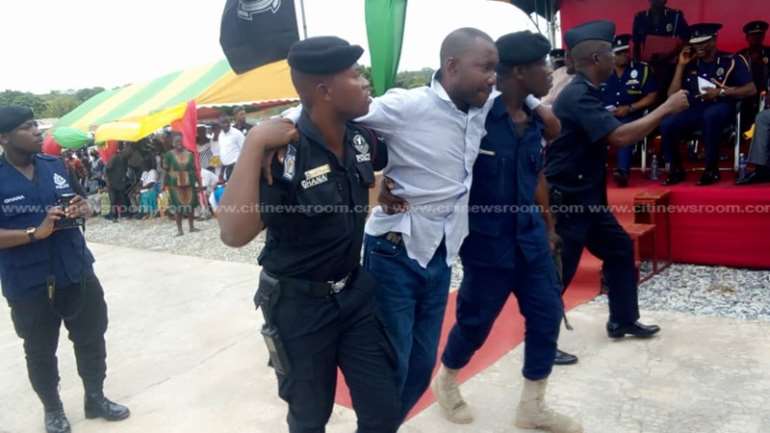 “So long as the Police Officer do their legitimate duties I am prepared to sacrifice everything to support and defend them,” the Acting IGP said.

He explained that it is the duty of the Police to protect the people of Ghana adding that the Police administration will work towards achieving that.

“I expect that the people of Gomoa Okyereko will support the Police and also refrain from acts that will prevent the Police from doing their job.”