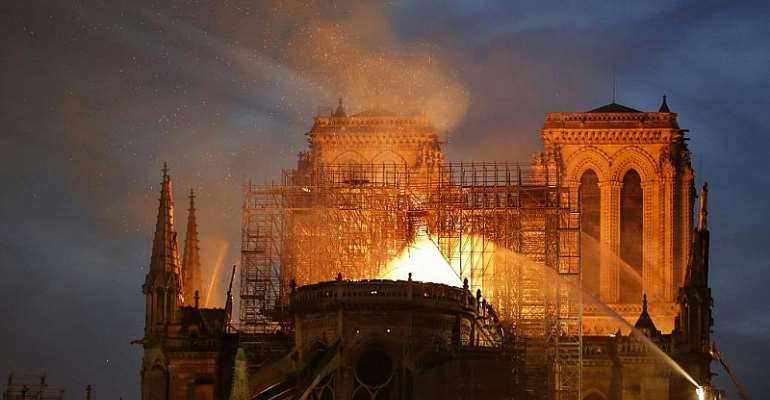 Deputy Paris mayor Emmanuel Grégoire on Tuesday ruled out the enclosure of Notre-Dame cathedral's towers to prevent the spread of harmful lead dust. "We're not against the idea," said the right hand man of mayor Anne Hidalgo in an interview with the French TV station LCI.

"But it's a question of feasibility. Putting an enormous seal around Notre-Dame to stop the flow of dust is an incredibly complex decision both from a technical and financial point of view."

On Monday an association of trade union and residents' group called for the enclosure following reports of high levels of lead around the cathedral.

Hundreds of tonnes of the metal contained in the roofing and frame of the steeples is estimated to have burned during the devastating fire on 15 April. The dust has filtered out into the city's atmosphere.

Rethink
Last week, work on the reconstruction was suspended so that extra health and anti-contamination procedures could be beefed up for employees on the site.

"All the tests that we've done in a 500 metre perimeter around the building have come back to show that there's no danger," said Grégoire.

He said three schools which had shown higher than normal levels of lead woiuld be cleaned before the start of the new school year in September.

"They will not reopen unless they are within the limits imposed by the regional health authority," Grégoire added. "The mayor's office will not take any risks."

Inhaling or ingesting lead can lead to an array of health problems, including damage to the nervous and reproductive system, with children particularly vulnerable.