July hottest month measured, 2019 set to be among warmest years 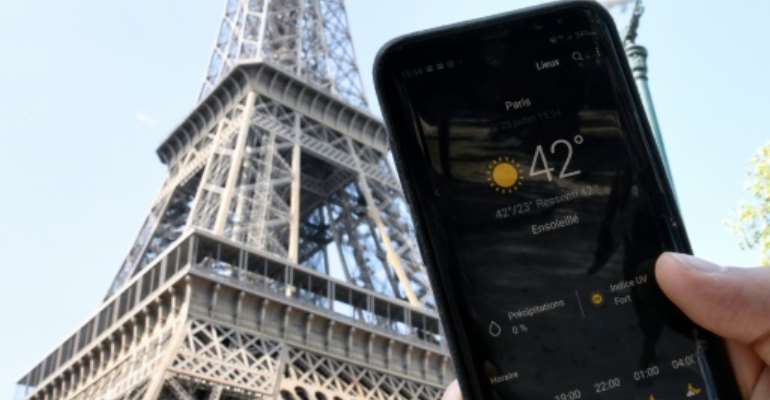 Meteo France measured 42.6C in Paris on July 25 -- more than 2C hotter than the previous high, set more than 70 years ago. By Bertrand GUAY (AFP/File)

July was the hottest month across the globe ever measured, and 2019 is on track to be one of the warmest years, according to data released Monday by the European Union's Earth observation network.

Wildfires unprecedented in scope and intensity burned in Siberia and Alaska, releasing more than 100 million tonnes of CO2 into the atmosphere across June and July.

"While July is usually the warmest month of the year for the globe, according to our data it also was the warmest month recorded globally, by a very small margin," Jean-Noel Thepaut, head of the EU's Copernicus Climate Change Service, said in a statement.

"With continued greenhouse gas emissions and the resulting impact on global temperatures, records will continue to be broken in the future."

The new record is all the more notable because the 2016 record followed a strong El Nino, which boosts average global temperates beyond the impact of global warming alone. 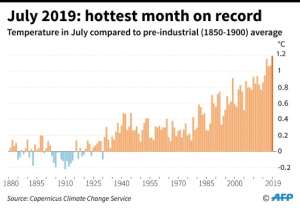 Global warming, he added, was clearly to blame.

"This is not science fiction," he said. "It is the reality of climate change."

Every month so far in 2019 ranks among the four warmest on record for the month in question, with June being the hottest June measured, the Copernicus team said in a press release.

Accurate temperature records extend into the 19th century, starting around 1880.

The Copernicus service is the first of the world's major satellite-based climate monitoring networks to report average July temperatures.

'Not your grandfather's summer'

The margin of increase is small enough, it noted in a press release, that other networks -- such as the US government's National Oceanic and Atmospheric Administration (NOAA) -- may report temperatures equal to or slightly below the July 2016 record. 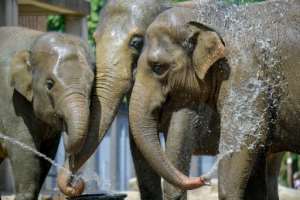 "We have always lived through hot summers, but this is not the summer of our youth. This is not your grandfather's summer," UN Secretary-General Antonio Guterres said late last week.

Every year in the 21st century except one has been among the hottest on record, a fact that defies explanation without the dominant influence of manmade global warming, scientists say.

Europe has endured two exceptionally strong heatwaves in a matter of weeks. 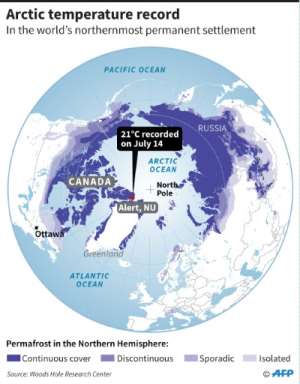 Record highs tumbled across France, with the mercury peaking at 46C on June 28 in the southern town of Verargues. The previous record, set back in 2003, was 44.1C.

In the first half of the year, temperature records were also shattered in New Delhi, Anchorage, Santiago and part of the Arctic Circle.

The Paris Climate Agreement enjoins nations to cap global warming at "well below" 2 C above pre-industrial level. The year 2018 was about 1C above it.