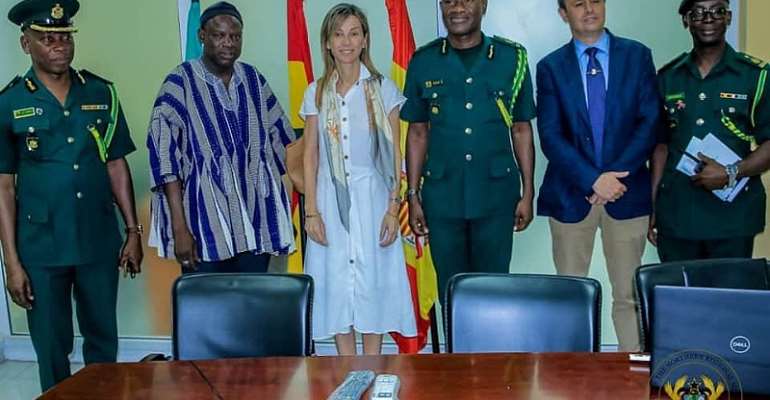 The Spanish Ambassador to Ghana , Comptroller-General of Immigration with Salifu Saeed in Tamale

The Spanish Ambassador to Ghana, Alicia Rico Pérez del Pulgar and the Comptroller-General of Immigration, Kwame Asuah-Takyi, have commissioned an Ultra-modern Migration Information Center (MIC) funded by the Spanish Embassy in Tamale, the Northern Regional Capital.

The MIC is to provide traveling information and education to the general public and prospective migrants on safe migration.

The Spanish Ambassador to Ghana, was optimistic that the project will deepen the cooperation between the Kingdom of Spain and Ghana. 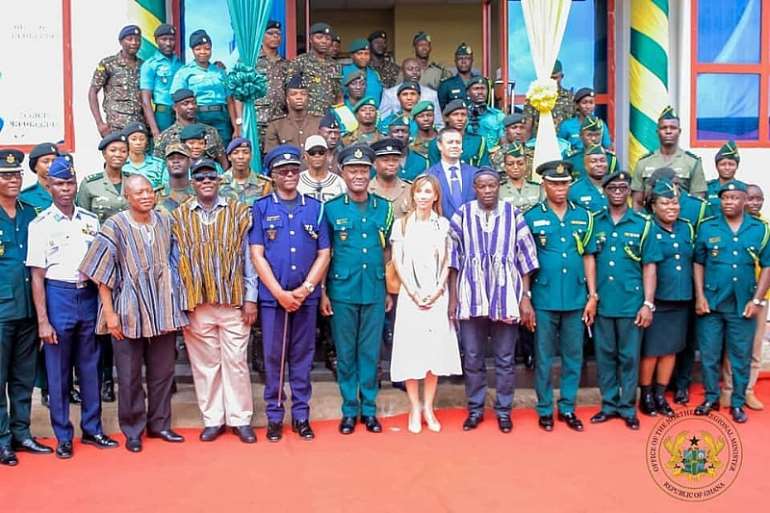 She stated it will support the Migration Information Bureau (MIB) of the Ghana Immigration Service(GIS) to fight against irregular immigration and organized crimes.

According to her, the complexities of migration issues and management activities required collaboration.

“It’s in this direction that it has granted an aid of €87,000 to contribute to the co-financing of the expenses of the establishment and activities of the Migration Information Center(MIC), it is expected of the Ghana Immigration Service to work tirelessly to achieving the purpose,” she said

The Comptroller-General of Immigration, Kwame Asuah-Takyi said Immigration officers in Tamale have already begun outreach and sensitization programmes in the area, educating the people on the dangers involved in travelling without receiving adequate knowledge on ones safety.

You Won't Be Shielded For Misconduct – IGP Cautions Police O...
18 minutes ago