Preventing TB is rooted in medical ethics and human rights 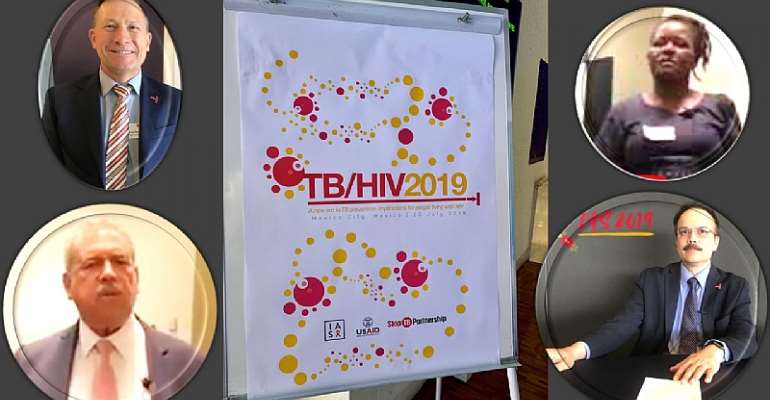 “TB is the biggest infectious disease killer worldwide. With 10 million people with active TB disease every year and 1.6 million deaths (300,000 of these deaths were among people living with HIV), the challenge is enormous. People living with HIV get not just pulmonary TB but also extrapulmonary TB. Drug-resistant TB is a growing threat in Peru and worldwide. It is important to prevent TB as well as to give early diagnosis, proper treatment and care to everyone in need. We need to recognize that in developing countries which are TB high burden nations too, proportion of population infected with latent TB is very high, up to 50%. Latent TB can ‘wake up’ and cause active TB disease due to range of factors including HIV, or therapies for cancer, immune disorder, organ transplant, etc. We have to prevent TB if we are to end TB” said Dr Eduardo H Gotuzzo, Emeritus Professor, Universidad Peruana, Peru. Dr Eduardo was speaking at the TB HIV Symposium with CNS which was organized around the 10th IAS Conference on HIV Science (IAS 2019) in Mexico.

WE KNEW HOW TO PREVENT TB SINCE 60 YEARS: WHY DELAY?

TB is preventable, treatable and curable: This is scientifically true but not in lives of over 10 million people who got TB disease and over 1.6 million people who died of TB in 2017. We need to walk the talk on the scientific fact that TB can be prevented, and accurate diagnosis, proper treatment and care must become a reality for all those with active TB disease as well as latent TB infection.

BENEFICENCE: DO WHAT WORKS
Added Prof Hausler: “From the point of view of beneficence we know that TB preventive therapy works very well: we have different TB preventive treatment options, such as, six months of isoniazid (INH) therapy; and new regimens that are in the latest WHO guidelines - 3 months of weekly rifapentine INH which works as well as three months of rifampicin and INH.”

NON-MALEFICENCE: DO NO HARM
“Non-maleficence is do no harm. In fact, the new regimen for TB preventive therapy, 3HP, has less hepatotoxicity as it is less toxic to the liver, making it safer and improving adherence if compared to six months of isoniazid preventive therapy - but both are very safe” said Prof Hausler.

AUTONOMY AND JUSTICE
"In terms of autonomy, we should be really giving people a choice to access the regimen that they want, so justice comes in - because rifapentine currently is just not affordable at its current price. We need to put pressure on the pharmaceutical companies that produce it to bring down the price so that it becomes affordable and can be implemented more widely in high burden countries like South Africa” said Prof Hausler.

People living with HIV should have access to TB preventive therapy and early antiretroviral treatment. “We really need to get price of rifapentine down so that it can be one of the regimens that is available to people, as well as we have to update guidelines that should include it as an option. We also need to improve treatment literacy for people living with HIV as well as household contacts who are eligible for TB preventive therapy, because then we can increase demand for TPT. We also need a strong monitoring and evaluation framework because if it is not measured and is not considered important then it is not done. Lastly, we do need a very strong multi-sectoral accountability framework so that we can hold all governments, civil society, private sector and all other stakeholders accountable to reach our ambitious TB preventive therapy targets” emphasized Prof Hausler who leads TB HIV Care. TB HIV Care is an organization that works in South Africa to try and prevent TB, screen for TB and increase access to TB and HIV care, in general population and among key populations.

Esnath Manhiri of Zimbabwe national network of people living with HIV, reflected that “People living with HIV in Zimbabwe are receiving TPT but for now we are getting the old regimen, the six months isoniazid preventive therapy (IPT). Most people are not able to get that because of some side effects associated with it, and we are patiently waiting for the new regimen which has less toxicity and is shorter in terms of course duration. Other challenge we are facing in Zimbabwe is that TPT was decentralized, so in some cases you might see some health facilities are reluctant to give the supply, and some health facilities are running out of supplies of TB preventive therapy. My plea to the governments is to have IPT always available for people living with HIV so that we can prevent TB.”

GOVERNMENTS COMMITMENT TO ROLL-OUT TPT
In September 2018 at the United Nations High Level Meeting (UNHLM) on TB, countries signed a Political Declaration, and made a promise to put 30 million people on TB preventive treatment (TPT) by 2022, which includes 6 million PLHIV, 4 million children under five years old and 20 million other household contacts of TB patients.

Dr Suvanand Sahu, Deputy Executive Director, Stop TB Partnership, stressed upon having a sense of urgency to move fast towards ending TB. He sees hope in the Call To Action launched at the TB HIV Symposium for a coordinated HIV and TB response to reach 6 million people living with HIV with tuberculosis preventive treatment. While conceding that the UN High Level Meeting (UNHLM) on TB, which happened in September 2018, increased the political attention that TB deserved, Dr Suvanand Sahu emphasised upon three main action points: (i) increasing domestic resources, especially in high TB burden countries (ii) finding those people with TB who have been missed in the past and (iii) making leaders, politicians and heads of countries accountable for the TB response in their areas in terms of key indicators, targets and commitments made.

Ending TB by 2030 will not be possible without addressing this reservoir of people infected with latent TB by providing them with TB preventive treatment (TPT) to substantially reduce the probability of progression from latent TB infection to active TB disease.