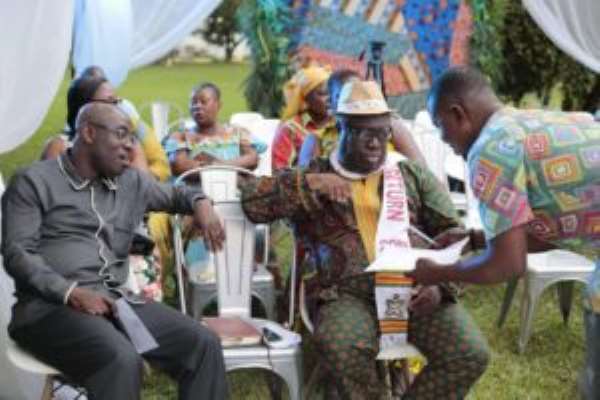 Okuapeman will witness another Milestone this year the event, rich in art and culture is aimed at cleansing, purifying and re-uniting families among other things is slated for 15th to 22nd Sept. 2019.

The festival will also be marked by various activities involving the re-enactment of important historical events in remembrance of the brave ancestors.

The Okuapeman Odwira festival will welcome in a new peaceful and undisturbed year.It is also a period for stock-taking and merry making. This is also used to herald the eating of farm produce such as Yam.

The Odwira Festival will aslo provide an avenue for the people to re-unite with one another to fraternise and contribute towards the development of the okuapeman community.

The Municipal Chief Executive for Akuapem North in his address, said even though previous festivals had been remarkable and worth celebrating the 2019 edition is going to witness exceptional backing.

"It will be stunning, okuapeman is ready to receive tens and thousands of people who usually thronged the municipality on such occasions". He added

Hon. Aboagye hammered on the issue of security assured Ghanaians and people from the diaspora of their readiness to address and combat all forms of social vices that are usually associated with such events.

"NADMO,Police,BNI etc will collaborate to beep up the security so a successful festival this year. adequate security will be provided ensure the safety of everyone especially visitors'. He added.

The State secretary for Okuapeman, Opanin Kwesi Bekoe on his address adviced the youth to desist from engaging in acts that has the tendency to undermine the integrity of the festival.

According to Opanin Bekoe, the Odwira festival portrays the traditions and customs of the people okuapeman and should therefore be given the needed reverence it deserves.

"The youth should come and have fun but should avoid unnecessary exposure of themselves; they should do everything in moderation so that they bring honour to themselves and the okuapeman community". He Noted

The colourful event brought together chiefs, queen mothers, government officials, and people in the academia and scores of people from the Eastern region.