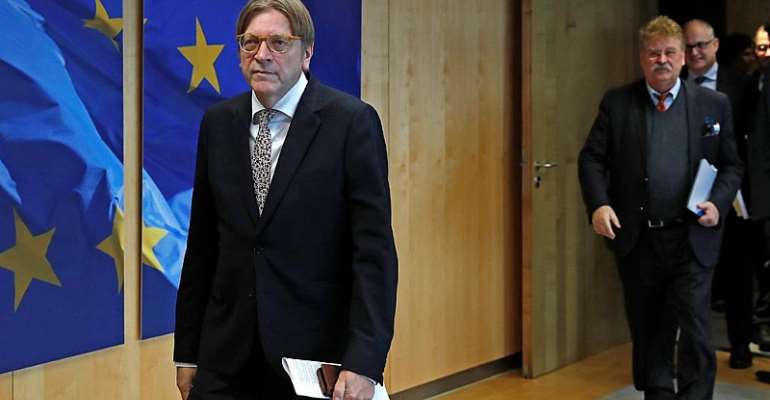 The group of European Union lawmakers dealing with Brexit said on Wednesday there was an increased risk that Britain will exit the bloc without a deal after Boris Johnson becomes prime minister.

Johnson was the face of the "Leave" campaign in the 2016 referendum in Britain over whether or not to stay in the EU. He campaigned for the leadership of the Conservative Party with a promise to deliver Brexit on 31 October, with or without a deal with the EU.

After Johnson won on Tuesday, the EU congratulated him but was firm that it would not offer better departure terms than were negotiated by outgoing Prime Minister, Teresa May. She agreed to a deal with the EU in November, but the British parliament voted it down three times.

Michel Barnier, the bloc's chief Brexit negotiator, said he looked forward "to working constructively" with the new Conservative leader "to facilitate the ratification of the Withdrawal Agreement."

The Brexit Steering Group, a group of EU lawmakers dealing with Brexit, lead by Guy Verhofstadt, the Belgian MEP, and leader of the the Alliance of Liberals and Democrats for Europe group, reiterated that there would be no renegotiation of the agreement.

"The [group] notes that recent statements, not least those made during the Conservative Party leadership campaign, have greatly increased the risk of a disorderly exit of the UK," it said in a statement. "A no-deal exit would be economically very damaging, even if such damage would not be inflicted equally on both parties."

The Parliament, which must endorse any Brexit deal, said it's ready to amend a declaration on future EU-UK ties, which would accompany the legally-binding Brexit agreement.

Johnson wants changes, notably removing what has been called the Irish backstop, a policy that would tie the UK to some of the EU's trading rules after Brexit, to avoid implementing a hard border between Ireland and Northern Ireland. He and other Brexit supporters fear that keeping trading relations in place would make it more difficult for the UK to forge its own trade deals with other countries.

'Pushing for nuclear power in Ghana is wasteful and ill-advi...
33 minutes ago