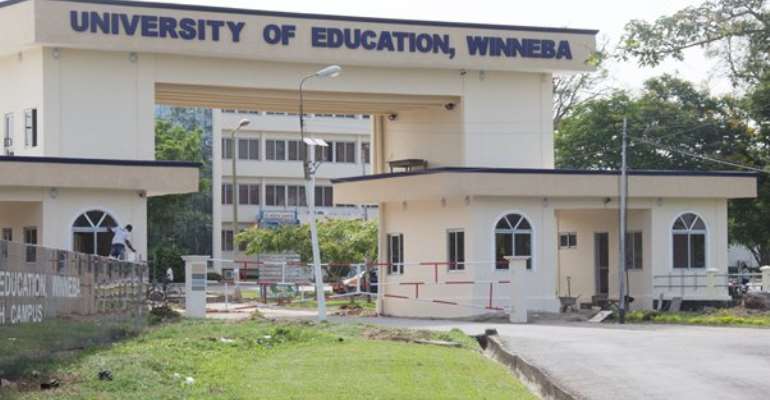 The absence of a governing council has pushed the Management and the Academic Board of the University of Education, Winneba (UEW) to postpone indefinitely, its 2018/2019 students graduation ceremony.

The graduation ceremony to take place on their Winneba, Kumasi and Ashanti Mampong campuses was scheduled for Monday 22 July to Saturday, July 27.

However, the last Governing Council’s tenure of office expired on Wednesday, July 17, 2019, putting a stop to the much-advertised ceremony.

According to the university, the prevailing circumstance is beyond their control but promises to get the government to work on setting up the new council.

“New dates for the Congregation shall be announced as soon as the Governing Council is reconstituted for the University,” the statement read.

Students who were unhappy with the change of plans, took to social media to share their opinion.

Since 2017, the University of Education, Winneba has been going through some turbulent times.

The controversy started when in 2017, the governing council of the University asked then Vice-Chancellor, Prof. Mawutor Avoke and four other top officials to step aside.

This was after one Supi Kofi Kwayera suspected to be a front for the MP for the area, Alexander Afenyo Markin, filed a complaint alleging financial and procurement irregularities against them.

Not long after that, the Supreme Court quashed a decision by the High Court in Winneba that found Prof. Avoke and another guilty of these procurement and other financial irregularities.

Prof. Avoke who had been demanding reinstatement after the Supreme Court ruling was replaced with the current Vice-Chancellor Prof. Anthony Afful-Broni.

The dust seemed to have been settling until the current Vice-Chancellor sacked three lecturers thought to be influential, for varying reasons including failing to cooperate with management and instituting legal action the school.

The MP for the area who fell-out with the Prof. Afful-Broni assured the public that the sacked lecturers would be reinstated but this was contradicted by the University Council.

Students went on a demonstration to register their displeasure over the dismissal of the lecturers.

The University Teachers Association of Ghana (UTAG) then demanded the removal of the Vice-Chancellor and the Chairman of the University’s Council Prof. Nicholas Abakah accusing them of wrongfully promoting the latter.