French citizens to work for longer under new pension reform 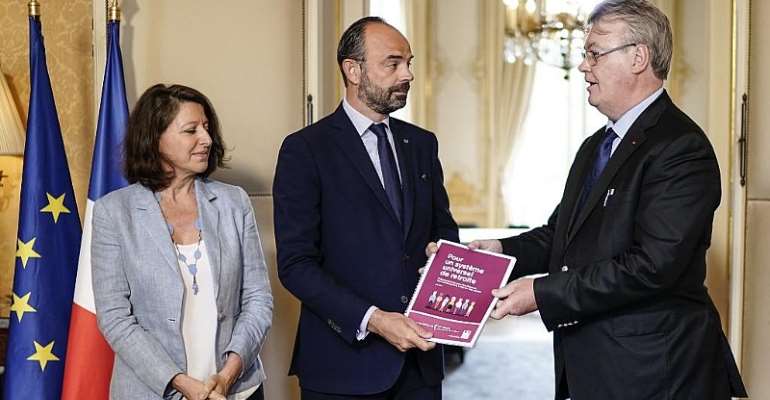 The age when French citizens can receive a full pension should be moved to 64 from 62, the government's special adviser on pension reform has said. Protests against the reform, which aims to unify 42 different schemes into a single, points-based system, have already been planned.

In a report, Jean-Paul Delevoye, said workers could still retire at 62 as promised by President Emmanuel Macron during his campaign, but they would have to work two years longer to draw a full pension without any discount in a new system due to take effect in 2025.

The French retirement scheme currently faces a major budget deficit and the changes are designed to save public money.

To ensure the financial equilibrium of the pension system, Delevoye is proposing to create an "equilibrium age" or "full pension age" at 64 for all citizens.

At the moment, people aged between 62 and 67 usually retire with a full pension.

People who wish to retire at 62 can do so, insists the special adviser, however they would see a 5 percent drop in their pension.

Simplified process
Everyone under the current system receives a different pension depending on what their salary was and how long they worked for.

The new reform aims to unify 42 different pension schemes into a single, points-based system. Here are its main highlights:

The plans are likely to benefit independent workers and self-employed people but it is not clear how it will affect public sector workers.

The reform is potentially explosive. Most people in France have a public pension, and do not have a private scheme alongside it, so the issue is important.

Labour unions have a record of opposing changes to pensions, often sending millions onto the streets to protest.

Opposition and negotiation
On Thursday, two hardline unions, FO and CGT, called for strikes on 21-24 September.

"This system is all smoke and mirrors," said Philippe Martinez, leader of the Communist-backed CGT union, which has long commanded support from government employees and workers at power plants and railways.

"The message we're sending to workers today is that we should mobilise."

Prime Minister Edouard Philippe was careful nonetheless to flag negotiations with unions, in contrast with the first raft of reforms, which Macron rammed through parliament via decrees, infuriating even the most reformist unions.

"A new phase to listen and consult social partners and citizens will start on this basis," he tweeted.

The reform is especially aimed at the "special pension regimes" of the state railway operator SNCF, the Paris metro company RATP and state utilities such as EDF, whose pension plans receive 5.5 billion euros every year from taxpayers to plug their chronic deficit.