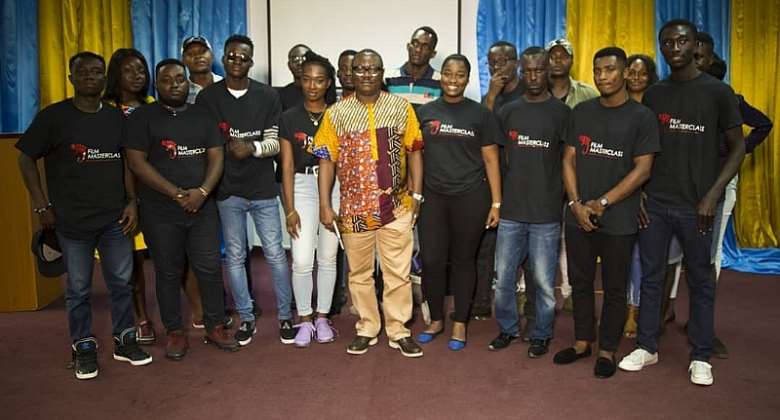 Farmhouse Productions Limited, producers of Ghanaian popular television series 'Things We do for Love' and 'YOLO' have launched a mentorship programme for young passionate people interested in gaining soft skills in the movie industry.

The 2-week intensive training named 'FILM MASTERCLASS' aims at providing a platform for young dilettantes to acquire basic knowledge and skills in various aspects of filmmaking in scriptwriting, directing, acting and production.

The Chief Executive Officer (CEO) of Farmhouse Productions Limited, Ivan Quashigah said the FILM MASTERCLASS would provide network opportunities for applicants who want to venture into the movie industry.

He also stated that 'aside the theory, “we will also focus on teaching them how to write their own scripts and help them produce their own films which would be premiered before issuing out their certificates to them.”

According to him, applicants would have 20 days of mentorship after the training and five best students would have the opportunity to intern with Farmhouse Productions, KOFAX MEDIA and GHOne Tv.

He further indicated that although the movie industry terrain in Ghana is not always favorable, there are still more opportunities for movie producers to distribute their movies with the advent of technology.

Mr. Quarshigah added that filmmaking is one of the major profit making industries that employs more people hence the need for government to pay crucial attention to the industry.

Kofi Asamaoah, Producer and Director of Away Bus and KalyBos in China entreated applicants to regard the training as a fundamental means of realizing their dreams and transitioning into the movie industry successfully.