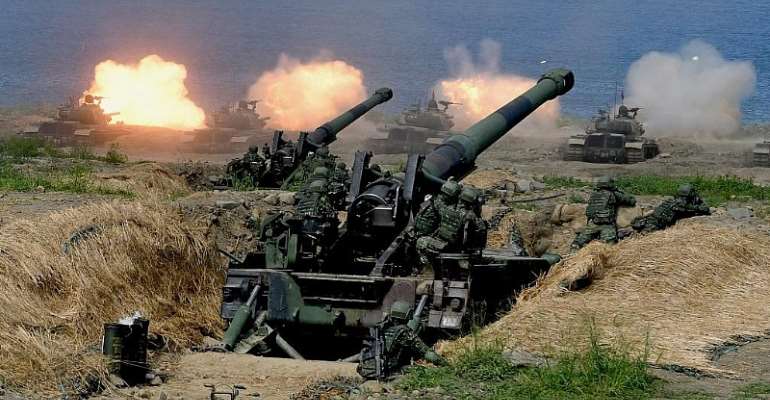 Beijing is furious with Washington for a second time this week after Taiwan's president Tsai Ing-wen stopped by New York on her way to two of Taiwan's last diplomatic friends on earth: Haiti and Dominican Republic. It comes as the US decided it would sell $2.2 billion worth of weapons to Taiwan.

Beijing is angry because the US officially recognises Beijing, which implies that it has to see Taiwan as a province. The weapons are being delivered in accordance with the “Taiwan Relations Act” that was signed in 1979, when the US switched its diplomatic recognition from Taipei to Beijing.

The act suggests that if there is a problem with Mainland China, the US may step in militarily to help.

A controversial sale of 66 F-16 jet fighters was cancelled by US President George W Bush in 2007. The value of annual US government arms sales agreements with Taiwan fluctuates between a low of 10 million dollars per fiscal year, in 2006, to a high of nearly 5.37 billion dollars in 1993.

But apart from Beijing, there are others who dislike it, albeit for different reasons.

“The Abrams tank is a main battle tank,” says Wendell Minnick, a defence specialist who lives in Taipei.

“It fires 120 mm rounds, it's a heavy tank, in comparison to the previous tanks that Taiwan operated. The main difference between the two is the gun. They are upping the caliber capabilities.

“A lot of people were against the sale, primarily because the Abrams tank is so heavy. Taiwan is not a desert. It is a high mountainous terrain with low coastal wetlands.

Tactical mistake?
“It is designed to fight other tanks. It is hard to imagine Taiwan fighting with other tanks on the island.

“What they say they'll use them for is along the coastline, to fight invasion forces from China. I think it is a mistake. These tanks will be destroyed very early on in a war, by air-to-ground infrared bombs, and missiles. They won't make any difference in a war with China.

For now, an armed conflict with China doesn't seem very likely, despite the constant sabre rattling.

“A lot depends on upcoming presidential elections in January 2020,” says Minnick, when incumbent pro-independence DPP president Tsai Ing-wen faces a nationalist KMT candidate who may be more willing to make compromises with Beijing.

“If the DPP continues, there may be violence,” says Minnick.

Tsai irritated Beijing by stopping over at New York on her way to Haiti and the Dominican Republic, two of a tiny handful of states that still diplomatically recognize Taipei. Her visit sparked pro and anti-Taiwan demonstrations in New York.

Voters’ Registration: Everyone Will Be Safe – A/R Minister A...
20 minutes ago