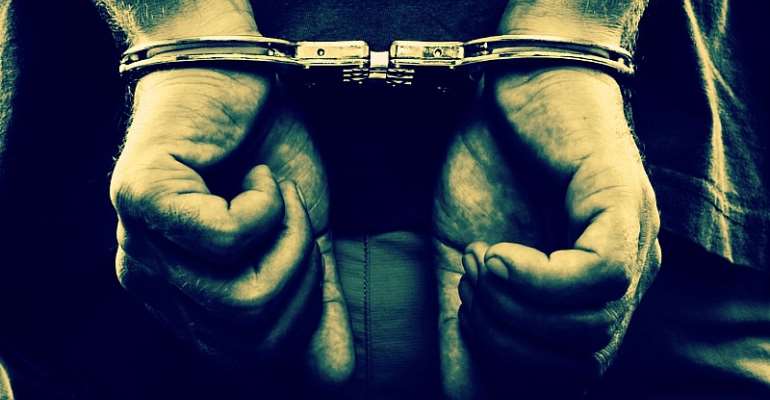 A 34-year-old man who defrauded many people in Bono Region under the pretext of recruiting them into some security services has been arrested and arraigned at a Sunyani District Court.

Reindolf Boamah allegedly collected a total of GH¢44,420 to get them into the Ghana Police Service, the Ghana Immigration Service and the Ghana National Fire Service.

He then went into hiding after taking the money ranging between GH¢4,000 and GH¢6,000 into his mobile money accounts.

Six complainants including Martha Fosuaa, Veronica Boakyewaa, Agnes Yeboah, Philomina Afia Apadaso, Gyau Dennis and Sampson Ofori reported his conduct to the police in Sunyani and Reindolf was later picked up at Sofoline, Kumasi in the Ashanti Region.

Prosecuting, Chief Superintendent Emmanuel Akonnor told Sunyani District Court 'B' presided by Frank Obikyere that the Reindolf in October 2018, approached one of the complainants at Chiraa that he could facilitate recruitment of people interested in joining the security institutions.

The complaint then forwarded the message to the others who were looking for jobs and they paid various sums to the suspect.

Upon receipt of the money Reindolf asked them to submit their academic and birth certificates and then went ahead to forge letter heads of the security institutions and presented to the complainants as their appointment letters.

After realizing that they have been duped by Reindolf, the complainants filed a report to the police, leading to his arrest.

He admitted the offence in his caution statement and was charged with eleven counts including defrauding by false pretence and forgery of official documents.

Voters’ Registration: Everyone Will Be Safe – A/R Minister A...
5 minutes ago