The Black Mind, Is It Beneficial?

Africans can set an example to the rest of the world; a world which has lost its core values and has forgotten how to truly live. The black mind has a lot to teach.....
By Jibril Mohamed 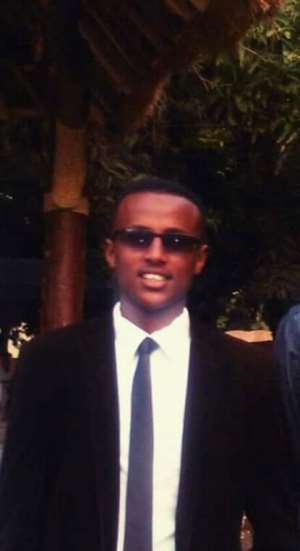 I often hear Africans refer to the 'black mind'. I rarely hear it mentioned in a positive way. It's usually mentioned when they want to belittle something about Africans, whilst at the same time praising the 'white man'. Other people have said that there is no such thing as the 'black mind'; black and white peo¬ple think the same.

There is indeed no genetic difference in the way that our brains work. All brains, no matter what color the person is, work the same way. They are all made of the same substance and use the same mecha-nisms for thinking. But there is a difference and this difference is cultural.

A black person who has grown up in the USA or any part of the developed world would think very differently from one brought up in Africa. So when we refer to the black mind what we often mean is the African mind.

What makes Africans and non-Africans think differently is the way in which they understand the world. Out of this has developed a particular way of solving problems, dealing with situations, and a way of 'being'. Every culture has its unique way of looking at and understanding the world. There is, arguably, no 'correct' way of understanding the world, although science might maintain there is. Every culture has evolved its own set of glasses through which its people look at their existence; their own set of customs and traditions which determine how they live with each other; and their own set of moral values to decide what is permissible. Each of these ways works for the people of those cultures; they are their ways and for them they are 'true'.

The 'black mind' is perfectly suited to the culture in which it evolved. The problem is that a foreign culture, with a foreign way of thinking, is being imposed on Africa. The problem is not the 'black mind' but this modern, urban culture that we are being forced to participate in and the different world outlook it requires. This foreign system is being called 'development' and to impose it, Africa has been persuaded that it is 'undeveloped'. It is therefore important for Africans to understand what it means to be an African and to value it. They will then be in a better position to evaluate foreign ideas and to see whether they would be useful to incorporate into the African way of thinking (not replace it).

Most Africans look at the inventions of white people and believe they are signs of greater creativity or ingenuity. How often do you hear the complaint, 'a black man would never have thought of that'? Perhaps the reason lies in the fact that many of these inventions are not essential for African society. Many things the 'developed' world has invented are needed because of the way they live their lives and because of their lack of social support, particularly the family. Their lives are so fast that they find it difficult to deal with the basic requirements of living.

They need things that will 'save time', for example, 'ready meals' that can be taken out of the fridge and microwaved in 3 minutes. The food is usually full of chemicals and preservatives and does not taste as good as freshly cooked food. Many of these functions are performed within the African family and help to maintain family bonds.

People complain about the African's disrespect for time. But sometimes it is because people are respected more than the clock. How many times are we late be¬cause we have taken time for the formalities of greeting? For not just passing someone in the street and ignoring them? Because we didn't get straight to business but established a relationship with the person? These things would rarely happen in the 'developed' world; a world where people do not matter, where busi¬ness is primary, where time is money, and things have to be done now !

The black mind has a religious worldview which greatly influences the way it understands life. Africans continue to believe in a God or Allah that intervenes in their lives, they believe in their own creation stories, they believe in spirits and witches. They also believe in the centrality of the extended family and that what works well for people is more valuable than what works well for production. To Africans these things are self-evident and unquestionable. This is the black mind. Europeans would find it hard to accept any of this as they see no evidence for it. In their world, science and technology are the new faiths and money the new god. Viewing a world where God does not exist (therefore the Quran or the Bible is irrelevant), only valuing what can be tested, where the family sys-tem has collapsed and can even be viewed as a hindrance, has helped the people of those countries get where they want to be. It is hard to find any 'developed' country which has managed to preserve the things that Africans cherish. That must tell us that development erodes them and changes people's lives whether they like it or not.

Interestingly, increasing numbers of people in the 'developed' countries are unhappy living in that system and are recognizing that their unhappiness is precisely because they have lost these things. They are starting to study African culture and traditional beliefs because they realize there is value in them. They also recognize that African societies have been able to cater to people's happiness in a way that 'developed' countries have not. Sadly, when a culture is broken, it may well be impossible to put it back together again.

Africans can set an example to the rest of the world; a world which has lost its core values and has forgotten how to truly live. The black mind has a lot to teach. But only if it realizes its own strengths and weaknesses and stops regarding itself as inferior.