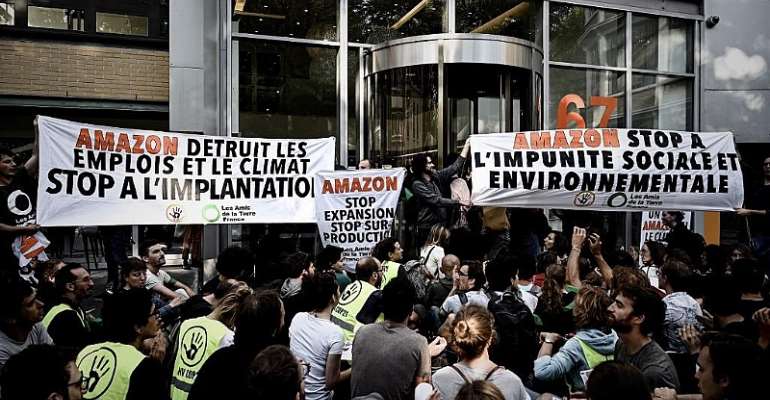 Environmental activists in France blocked access this Tuesday to three Amazon France sites in Lille, Toulouse, and Clichy, in the suburbs of Paris, in an effort to force the French government to stop three new warehouses from opening in France, all in the name of stopping over-consumption.

"We demand a moratorium on the location of all new warehouses for online sales," said Alma Dufour, who heads the overconsumption commission at Friends of the Earth, an ecological activist association.

Some 100 activists from Friends of the Earth, Non-Violent Action (ANV) Cop21 and 'yellow vests' prevented anyone from accessing the Clichy headquarters, according to a journalist from Agence France Press newswire. The protesters said there were 240 people on hand.

Seventy activists were on hand in Toulouse, in the south of France, erecting a small mountain of tires at the warehouse entrance. While they allowed employees and delivery trucks to go in, no trucks were allowed to exit.

Similar tactics were employed at the Lille Amazon site, where 84 protesters prevented any goods to leave the warehouse, but allowed pedestrians access, according to Charlotte Grunberg, spokesperson for Friends of the North Land group and ANV-Cop21.

Amazon or the climate
"Amazon promotes overproduction, destroys three million unsold products a year, and today wants to expand its warehouses, so the government is being asked to limit the expansion of this business," she said.

Protesters at all three sites reportedly held up signs that said "Macron has a choice: Amazon or the climate", "Less freedom to consume", "Amazon of no return”.

Meanwhile, Amazon released a statement on Tuesday, saying that the three warehouses will generate the creation of 1,800 new permanent jobs in France in 2019, which will increase the Amazon workforce to more than 9,300 employees by the end of 2019.

"When Amazon creates a warehouse with a thousand jobs, it destroys twice as many, locally. Blackmail employment does not work with us," said ANV Cop 21.

While the activists maintain they are protesting peacefully, they said they will not leave the warehouses until they have a response from the government.