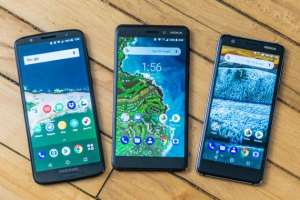 “Smartphone Zombies, Look Up!” is the title of a recent newspaper article in the Straits Times in Singapore. In a nutshell, Smartphone zombies are people that walk with their heads down while reading and writing texts—or doing a hundred other things with electronic devices. How safe is that? They are endangering their lives and lives of vehicle drivers. Not looking where you are going is a precursor to an accident. It’s a case of distracted walking.

Instead of labeling them Smartphone zombies or “smombies,” what about identifying them as Smartphone dummies or “sdummies.” Calling them clueless idiots might be too harsh. Calling them technology abuser-users may be too insensitive. Or maybe not.

So, some countries, cities, and colleges are changing safety codes for the coddled culture of cellular fanatics. Is it just me or is something wrong with this picture?

Bangkok’s Kasetsart University created a “mobile phone lane” for pedestrians to prevent students from bumping into others on their way to class. So, college educated Smartphone dummies can walk with heads down all the way to places of higher learning. Maybe the college administers need to take a class in common sense.

Bodegraven, a province of South Holland, installed traffic lights on the ground, to accommodate pedestrians looking at their Smartphone screens instead of at the road ahead. How’s that work’in for ya?

Tel Aviv, Israel has installed special LED sidewalk lights at a busy crosswalk to alert distracted pedestrians from staring at their phones. So, distracted walkers will pay attention to lights but not to speeding cars, racing motorcycles, and scurrying scooters. Let me ask a rocket scientist.

I agree with the following warning label. Large yellow stickers that say "LOOK UP", along with a picture of a mobile phone crossed out, have appeared on pedestrian ramps at intersections. What about a colossal flashing neo sign that says, “EYES ARE FOR LOOKING WHERE YOU ARE GOING. DUH.”

Texting While Driving
Countries around the globe have implemented handheld phone laws, but fines and penalties vary.

Ghana, Africa passed a law in 2012 banning the use of mobile phones while driving. Kudos to Ghana!

The Road Traffic (Amendment) Act bans the use of cell phones while driving in Barbados.

Texting While Walking
Should cellular texting be banned for walkers crossing highways, streets, and roads?

I don’t know about you, but while walking, I want to avoid being thumped by a honking cab or a zooming bicyclist. Or a teen with a temporary driving permit.

Permanent pedestrian pain caused by injuries or even death can be the consequences.

According to the US National Safety Council, 11,100 injuries have occurred over a 10-year period due to texting while walking in America. www.nsc.org.

The Governors Highway Safety Association (GHSA) projects nearly 6,000 pedestrians were killed in motor vehicle crashes in the U.S. in 2017, marking the second year in a row at numbers not seen in 25 years. Two trends were presented as possible reasons: the growth in Smartphones or legalization of marijuana. Is there a connection?

According to a 2019 article, a bill in the New York State Senate seeks to ban pedestrians from using portable electronic devices while crossing the road. Fines would range from $25 to $250. www.cnn.com.

In 2017, Honolulu, Hawaii passed a law making it illegal for pedestrians to “cross a street or highway while viewing a mobile electronic device.” The law covers video games, pagers, laptops, and Smartphones. You go island in paradise!

Is adding crosswalk cops to the payroll to write texting tickets a solution for enforcement?

Or using surveillance cameras? Or what about a giant sweeper that sucks up any device not in a pocket or purse?

It’s frustrating when the government has to keep passing laws to make humans beings pay attention to safety issues. “Click It or Ticket” is a National Highway Traffic Safety Administration campaign in the US for the enforcement of wearing seat belts. And seat belts reduce risk of death and serious injury.

Should societies have a texting-while-walking ban? I vote yes because it would reduce injuries and risk of death. Laws often protect people from themselves. How would you vote on this issue?