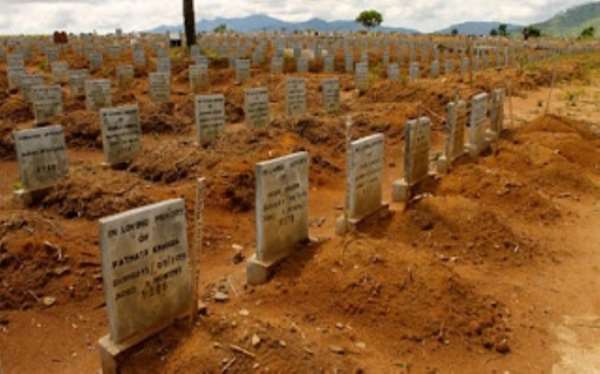 Decades ago, Caucasians dare to enter into Africa, without wearing a helmet or using a protecting spine pad; otherwise, heat stroke or brain damage would strike you dead. If the two don’t get you, malaria will, the reason Africa, and West Africa, in particular, was called ‘The White Man’s Grave.

How Africans were able to survive the harsh continent which couldn’t support the white man still remains a mystery because despite living on herbal medicine, many Africans died too and some were able to resist malaria which sent thousands of white men to their untimely grave.

Then came vaccines, antibiotics and antiviral, but above all better nutrition, better hygiene and healthier homes, and viruses and bacteria start slowing down in taking its drastic toll on Africans.

The fact that for decades Africa’s environments remain unclean, with poor drainage, these had been the sources of diseases such as malaria and also had been used by the West and America to add extra diseases to the previous ones on the continent of Africa.

Europeans and Americans mock Africa’s education. Our education doesn't impress them at all, even though the black continent has doctors, engineers, and pilots. They think they are brilliant because they have the best educational institutions. We have agreed.

However, I find it very funny over how some corrupt world leaders and medical officials reacted to the book, 'Aids Origin, Spread And Healing,’ by the German medical doctor, Wolff Geisler, revealing medical crimes, including man-made diseases of Kaposi’s sarcoma, nodding disease and Burkitt’s lymphoma, deliberately inflicted on the African population, some under the supervision of the World Health Organization.

Crime is easy to commit but hard to pay, therefore, they find every criminal reason to discourage the sale of the book to avoid the world knowing the true origin about Aids and Ebola but at times action speaks louder than words. The Europeans and the US government will speak about every issue which is a threat to mankind today but not Ebola.

They pretend they don’t care, yet they are scared of Ebola to death, else the US government wouldn’t distribute ‘Ebola detectors’ to all the 50 States in The United States of America.

In the books of the Holland scientist, Johan Van Dongen, and Dr. Wolff Geisler, who was the Director of the "German Committee for Angola, Guinea Bissau, and Mozambique," therefore in many African countries, including Uganda, foreign governments had the African continent under their control through man-made diseases mixed in medications, vaccines, food and drinking water.

Luckily both men, Dongen and Geisler, are alive today. They have even joined me as columnists on ModernGhana news today. They have nothing to hide because their conscience and integrity are clear. Let those responsible continue to fight in every dubious and criminal way to cover up medical crimes they want us to believe that monkeys and bats are responsible.

Africa now suffers from tumors, heart attacks, diabetes, Aids, Ebola, tuberculosis, respiratory failure, which many were deliberately inflicted but false health articles will tell you that “not due to pathogens, but harmful habits and adverse environmental conditions.”

I have said it over and over in many of my articles that, adverse bitter life lessons have made Africans one of the toughest creatures on earth, therefore, how would Europe and the United States of America handle it if Ebola turns on them? Because whatever evil one sows, the same he shall reap.

There are many places in Africa without electricity but the people are happy, yet, there is no European or American who can live without electricity. They call us ‘Shit-hole’ nation, yet we don’t commit suicide like Europeans and Americans.

This is the time for them to realize how special black people are for them to leave us alone because we have something great and special they can never take away.