Frenchman gets 5 years over diamond heist 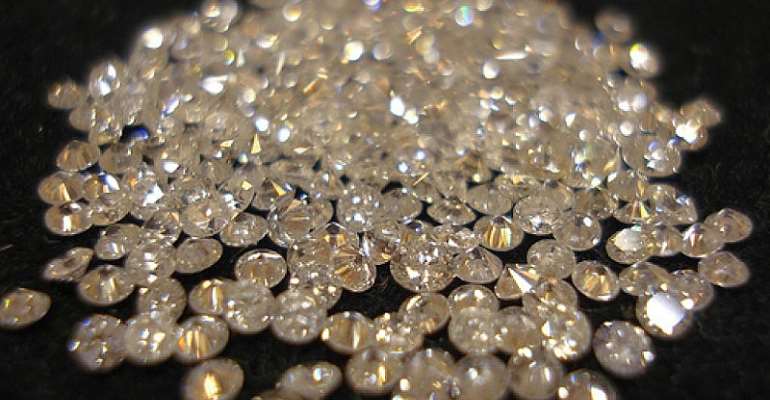 A Belgian court has sentenced a Frenchman to five years in prison for his role in a spectacular $50 million diamond heist at Brussels airport in 2013.

Marc Bertoldi, 48, gave a polite "thanks, goodbye" after the presiding judge told him on Thursday he had one month to appeal his jail sentence and a 6,000 euros fine.

Bertoldi was found guilty of taking part in one of the world's biggest diamond thefts on 18 February, 2013.

Posing as police officers, the gang seized the gems from a passenger plane in an operation that lasted barely six minutes. No shots were fired.

The hooded men, armed with machine guns, pulled up in a car on the runway at Brussels' main Zaventem airport where an armoured vehicle had just unloaded diamonds onto a plane about to take off for Zurich.

The men forced open the hold and removed about 120 boxes of diamonds before making off with the haul of about $50 million dollars (worth 37 million euros at the time) in gems, most of which was never recovered.

Some gold and precious metal in powder form were also stolen.

More than 30 people were detained in Belgium, France and Switzerland in massive coordinated police operations.

An "indispensable cog" in diamond heist of the century

Last month, Bertoldi denied he had taken part in what the Belgian media called "the heist of the century," telling the court he had simply received some of the stolen diamonds.

But the presiding judge, reading the sentence on Thursday, said Bertoldi had in fact been "an indispensable cog" in the theft.

The judge said Bertoldi nonetheless "did not personally participate in all the offences committed," particularly the theft of cars that were later set on fire.

In addition to European cities, the investigation was also carried out in Casablanca, Morocco, where Bertoldi lived in 2012 and 2013.

Bertoldi was arrested in France in May 2013 and the probe showed the many telephone contacts he had had before the heist with the presumed mastermind, Houssein Bajjadi of Brussels.

Bajjadi and the 10 other accused identified by Belgian authorities are due to be retried at the end of 2019 or early 2020 after the prosecution appealed their acquittal last year.

In February 2003, jewellery and diamonds valued at about 100 million euros were stolen from an Antwerp diamond exchange.

More than 120 safes in the port city's Diamond Center, a heavily protected building in the heart of the diamond district, were emptied unnoticed.

Akufo-Addo commences process to remove Anin-Yeboah over $5m ...
44 minutes ago