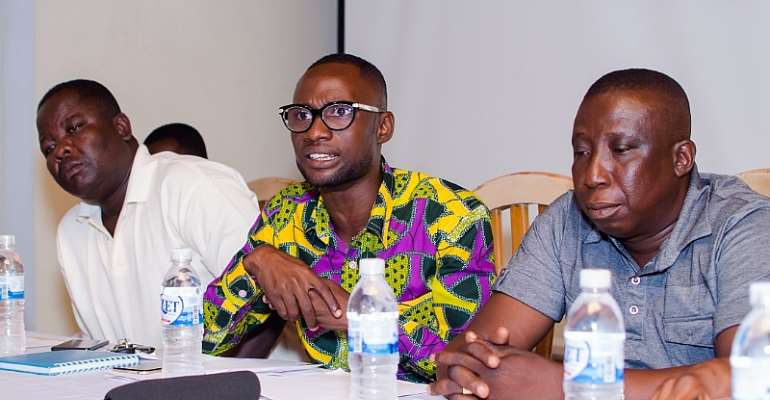 Ideally, the press briefing by the NPP yesterday, 24th June,2019 doesn’t merit a response from the NDC.

However, we are responding due to certain mischievous propositions been made by the NPP against the NDC and some high ranking personalities as well. As indicated earlier, the press statement was characterized by errors and made no logical meaning. It was indeed a complete waste of time. The NPP during their introductory remarks made by their Regional Communication Director, stated plainly that the press briefing or whatsoever isn’t a response to the NDC’s press conference held on Friday 21st June, 2019. Interestingly, their statement contravened what their Communication Director said.

In the said statement, the NPP sought to equalize the high level of incompetence been exhibited by their clueless and power struggling appointees in the region to some former appointees in the erstwhile Mahama administration. They again opined that we had no reason (s) for calling for the dismissal of the Western North Regional Minister and his deputy. They termed this serious situation which hampers and stagnate development as mere administrative issues.

How can the following be termed as mere administrative issues;

 A Deputy Regional Minister commanding four vehicles belonging to the RCC to work in his Akontombra constituency during the Easter break without recourse to his boss. This amount to abuse of office and it is unlawful. He must be investigated rather than treating it as mere administrative issue.

 A Deputy Regional Minister causing distraction at will at meetings certainly can’t be termed as mere administrative issues.

 Giving counter instructions on security matters which has the tendency of destabilizing our region can’t be termed as mere administrative issues.

 The selfishness of the Deputy Regional Minister by employing five drivers out of the six required from his constituency isn’t just a mere administrative issues.

 The Deputy Regional Minister instigating the MMDCEs against his boss isn’t just a mere administrative issue but one which adversely can affect the fortunes of the region in terms of development.

It is however unfortunate that the NPP trying to bring to the attention of the public as to efforts been made by their party, they tend to expose their Regional Chairman as one of not being able to resolve issues with Nananom concerning the Nananom and the Regional Minister.

Culminating all these, one can say without any shred of doubt that the NPP themselves do not understand the magnitude of the issues. This is due to their lack of understanding and appreciation to issues of national interest. They are simply incompetent. For the NPP to even cite an issue which occurred between two Members of Parliament who are not in charge of developing a region nor been paid as government appointees is simply pathetic. The shameful attitude has been depicted by both appointees must be condemned rather than been justified.

Thankfully enough, the NPP admitted in full that the NDC is right about the current happenings between the two incompetent government appointees. If the NPP has admitted this, then common sense should tell them we have justifiable reasons for calling for the dismissal of both the Regional Minister and his deputy.

W/R: Five wounded after residents of Ampatano and Kamfakrom ...
38 minutes ago