To Uphold Standards Of Professional Conduct And Discipline: The Cases Against Maurice Kobena Ampaw At The General Legal Council 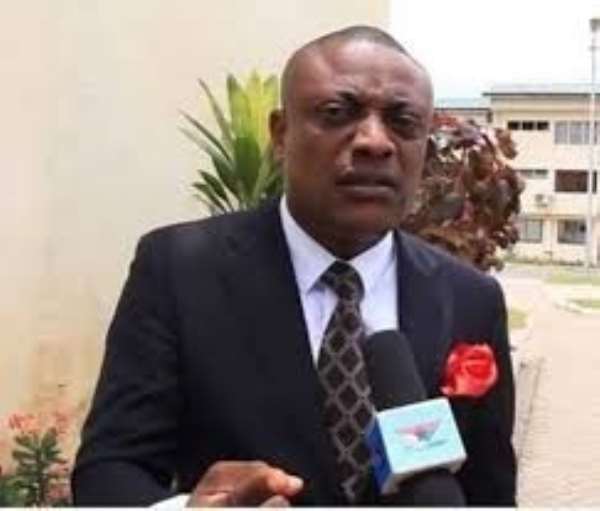 Since the General Legal Council (GLC) was set up in 1960, outcomes of deliberations of its Disciplinary Committee has perhaps not captured the public’s attention as it has in recent days. This level of interest is well deserved, for Ghanaians are eager to know the repercussions for the many unscrupulous purveyors of injustice within the ranks of the legal profession. Today we focus our lens on one of the media’s favorite lawyers, Maurice Kobena Ampaw of Truth Chambers, Accra.

As the number of complaints filed with the General Legal Council against Mr. Ampaw continue to pile up, the GLC will have no option but to administer its severest sanctions against this lawyer, up to and including disbarment. Considering the impunity and egregious nature of his actions, a reprimand only by the GLC will be a slap on the wrist, and an invitation for further misconduct by Lawyer Maurice Ampaw.

Credible evidence in our possession proves that Maurice Ampaw, the obnoxiously loud-mouthed self-appointed social commentator best known for opining notoriously on all matters, is a stain on the legal profession. Mr. Ampaw’s incompetence is well-documented among his peers in the noble profession. Fellow members of the Bar smirk at the mention of his name. He is a running joke, evidenced by his mostly incoherent and legally empty arguments.

Mr. Amapaw’s utter incompetence is further evidenced by his engagement in serious breaches of the code of ethics of the legal profession. For far too long, Mr. Ampaw’s criminal conduct has gone unreported out of fear of reprisals from Mr. Ampaw and his cohorts in the media landscape. Often Mr. Ampaw has used his public trust to co-opt morally weak officers in the judicial system in his nefarious schemes. Using his fame, Mr. Ampaw has until recently ran roughshod on his unsuspecting preys, but the end to his criminal enterprise can be brought to an end, permanently, with the help of the men and women of impeccable integrity tasked with the onerous responsibility of upholding standards of professional conduct and discipline on the GLC.

The GLC in their deliberations will find that in recent times, Mr. Maurice Kobena Ampaw has failed to provide competent representation to clients, failed to communicate effectively with them, as well as engage in poor record keeping practices. The Disciplinary Counsel, after their exhaustive and impartial investigations will also find that Mr. Ampaw has engaged in dishonest criminal conduct and dragged the profession in the mud by repeatedly and blatantly demonstrating his disdain for the ethical standards to which all lawyers must adhere to in the legal profession.

We ask the GLC to come to the aid of the silent majority of Ghanaians who in their quest for fairness and justice have fallen prey to this charlatan in legal garb.

Akufo-Addo commences process to remove Anin-Yeboah over $5m ...
18 minutes ago