Brigitte and Emmanuel: '...not an ideal couple', but they make it work 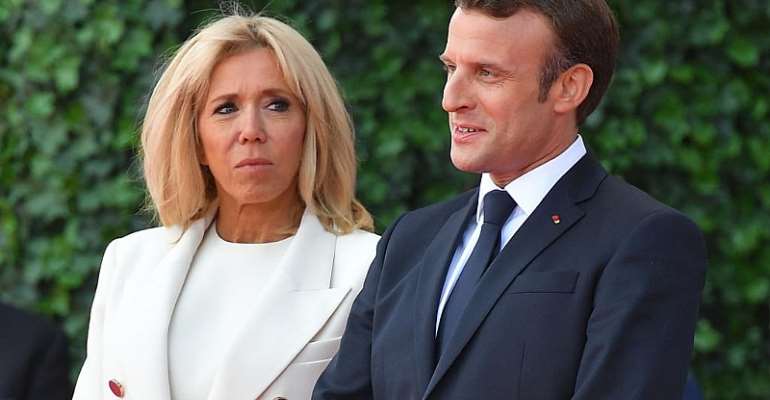 In an unusually intimate interview with French media, France's first lady admitted that the election of her husband Emmanuel Macron as president "terrified her".

Speaking to France's RTL radio on Thursday, Brigitte Macron elaborated on the challenges of her relationship with her husband 24 years her junior, noting “we are not an ideal couple”.

Perhaps but they have made it work, despite his rigorous and often controversial time as president so far.

She says that the two keep each in other in line and never to go to bed angry, and insist on sharing breakfast and dinner together, even if that mean he goes back to reading his files at midnight.

She referred to his presidency, his first elected office as a “learning experience” and insists that her husband is not arrogant as critics conclude, but says he sometimes suffers from “doubts”.

Yellow vest protests
Brigitte acknowledged that her 41 year old husband has made mistakes thus far as president, namely when he insulted unemployed people and failed to discipline a security aide who had beaten a protester; a moment that erupted into a political scandal.

She expressed sympathy for the Yellow Vest protesters who are struggling to make ends meet and are angry at Macron's pro-business policies, but confessed to being “scared for France” when those protests turned violent.

Entering politics
During recent high-profile trips to Marseille and Lyon where she met prominent local politicians, the first lady shrugged off any suggestion that she went on her husband's bidding, adding she has no desire to play politics herself.

“No, no, no, no. I have neither the taste nor the competence for politics” adding having her husband as president “doesn't suit me, but I make it work”.

Rocky beginning
Brigitte and Emmanuel met while she was a married teacher at his high school.

When the two fell in love, she admits that “it took me a while to realise what was happening and then to make the leap and become his wife”.

The first lady acknowledged that their relationship initially hurt her children. “But at one point, I understood that Emmanuel was my life and they understood”.

"Being in a couple is complicated," she said, "and when there is a big age difference like ours, even more so."

Despite the age difference, Brigitte noted she doesn't like being called a cougar; a colloquial term often used to older women who 'prey' on younger men.

“I was always attracted to men my age. Emmanuel was an exception.”