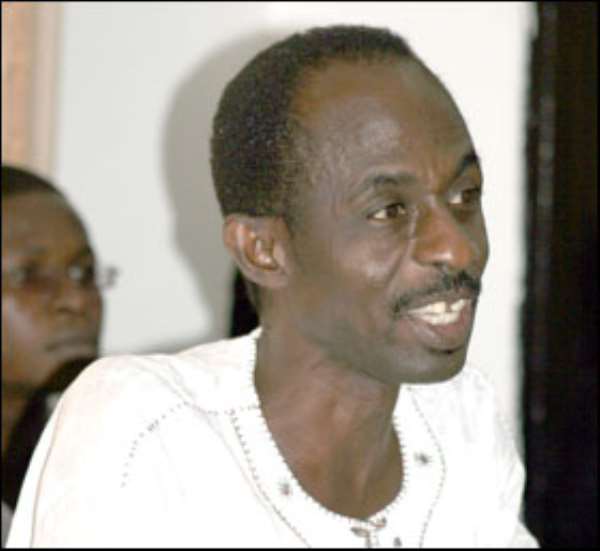 The General Secretary of the opposition NDC, Mr Johnson Asiedu-Nketia, may have well hit the nail on the head for asserting passionately that the aggrieved Ghanaians should not blame the Nigerians for their woes but they should rather blame the unfortunate weaknesses in the system-emphasis mine (see: Nigerians not responsible for your woes-Asiedu-Nketia; adomonline.com/ghanaweb.com, 20/06/2019).

Apparently, Asiedu-Nketia was reacting to the ongoing public debate on the mindless armed robbery attacks and the senseless kidnappings by the homicidal hoodlums from Nigeria and Ghana, in which many observers have been raising concerns about possible breakdown in Ghana-Nigeria diplomatic relations.

Truly, in the current state of rampant armed robbery attacks and kidnappings amid grave concerns, the expectation of every well-meaning Ghanaian is to see the police in full control.

But the all-important question we should be asking the likes of Mr Johnson Asiedu-Nketia and former President John Dramani Mahama is: did you really resource the police adequately to be able to face the well-marshalled scumbags?

It is absolutely true that the obdurate criminals are often equipped with machine guns, semi-automatic weapons, bazookas, and deadly rifles.

Unfortunately, however, the successive administrations failed woefully to resource the police adequately to be able to face the well-equipped impenitent criminals squarely.

Ironically, since Ghana regained the independence from the British on 6th March 1957, the NDC tradition (PNDC and NDC) had governed the country more than any other government one can think of. In fact, that tradition had governed Ghana for approximately 27 years out of Ghana’s 62 years.

The crucial question every well-meaning Ghanaian should be asking Asiedu-Nketia and NDC then is: why did you fail to put pragmatic measures in place to remedy the system in all those years?

There is no gainsaying the fact that the Ghana Police Service is under-resourced and therefore struggling to combat the well-drilled scumbags.

Isn’t it therefore ironic that the likes of Asiedu-Nketia could muster the courage and blame the mindless armed robbery attacks and kidnappings on the weaknesses in the system?

How could the supposedly responsible opposition persistently organise press conferences with the view to inciting the public against the incumbent government over a long-standing societal menace they wilfully failed to address all those years?

Mind you, the armed robberies, kidnappings and murders have unfortunately been with us from time in memorial.

Nevertheless, the successive governments have regrettably failed to tackle the menace head-on.

We should, therefore, take solace in the Akufo-Addo’s government obvious seriousness and commitment towards the fight against crime.

Some of us, so to speak, are most grateful to the Akufo-Addo’s government for working tirelessly to resource the Ghana Police Service.

To be quite honest, the Akufo-Addo’s government has shown enough seriousness and commitment towards equipping the security forces.

Indeed, there are signs of seriousness on the part of the Akufo-Addo’s government to address the problem head-on.

In ending, the likes of Asiedu-Nketia and Mahama cannot and must not attempt to exonerate themselves from any blame in respect of the alleged weaknesses in the system.