Kidnapping Is Cross-Border Crime, Not Only Nigerians — Kwesi Pratt 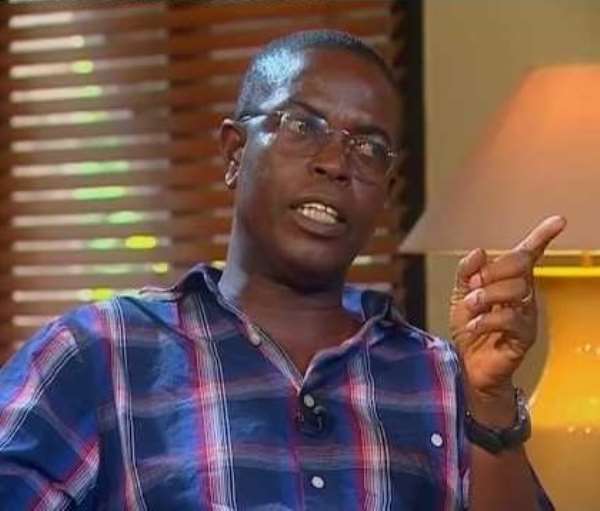 Mr Kwesi Pratt, Senior Journalist and Managing Editor of The Insight newspaper have urged Ghanaians to stop what he termed "anti-Nigerian" attacks over the recent spate of kidnapping in the country.

He says the crime is a cross border one that ought to be tackled holistically.

According to him, there have been reports in the media and other outlets about arrest in Nigeria for kidnapping claiming they obtained their weapons from Ghana whilst others admitted haven collaborators from Ghana.

The Nigeria High Commission on Tuesday, June 18, issued a statement condemning Ghanaian media reportages for labelling Nigerians as the root cause of the rampant kidnapping in Ghana.

According to the High Commissioner, the negative reports targeting only Nigerians exposed its citizens to possible xenophobic attacks as it has been happening at Suame Magazine in the Ashanti Region.

In response, section of Ghanaians took a swipe at the High Commissioner on social media and asked that the Commission apologizes to Ghanaians for using unpalatable words on Ghanaians.

Following that, the Foreign Affairs Committee of Parliament has also invited the High Commissioner, Michael Abikoye to appear before the committee to clarify the statement and also see how best the two nations could resolve the issue.

But commenting on the issue Wednesday morning on Metro TV, Good Morning Ghana monitored by Modernghana, Mr Pratt said the crime could not be solely tagged on only Nigerians but a whole syndicate operating across the borders of the West Africa countries.

He said, it is wrong to attribute crime to a country knowing very well that, these suspects or hooligans have their own network and they communicate to each other, stressing that, " Just recently, some suspects were arrested in Nigeria, they claimed they have their sources in Ghana, another one most recently claimed they get their weapons from Ghana."

With that, the Senior Journalist said, it would be difficult to single out a particular country or attribute the crime to a particular group of people.

Hon. Eugene Boakye Antwi, Member of Parliament for Subin who was on the same programme said, the Nigeria High Commissioner has not been fair to Ghanaians.

While admitting such issues have the potential of igniting xenophobic attack, he said the High Commissioner went far by using the media reportage to conclude that, Ghanaians are attacking Nigerians.