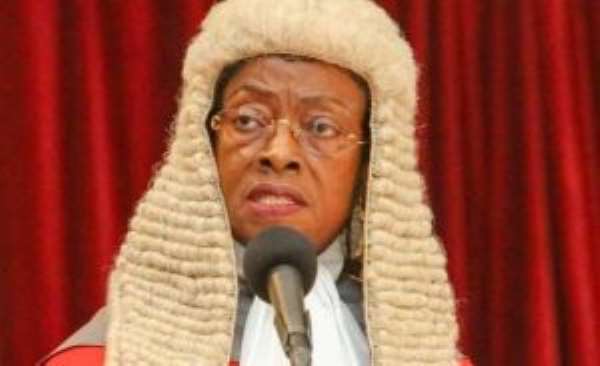 The Judicial Service has defended its decision to shut down the Adjabeng District court 2 in Accra.

Sophia Akuffo, the Chief Justice, on May 30, 2019, during her tour of the facility, ordered the Accra Metropolitan Assembly to close down the court said to be in a deplorable condition and “and totally unfit for purpose.”

The building that houses the courtroom and its offices, is built with asbestos, poorly lit, and has scattered offices on the compound which previously housed the AMA Office.

The Chief Justice was so concerned that she even threatened to sue the AMA if it did not tackle the asbestos on the building.

In a statement signed by the Judicial Secretary, Cynthia Pamela A. Addo, the court has been closed down effective, June 7, 2019.

The Service explained that the decision is in the best interest of Ghanaians.

“We wish to assure our stakeholders and the general public that this decision is in the best interest of all parties and count on their cooperation in this matter,” the service added in the statement.

Following the closure, all the cases held in District court '2' have been transferred to District Court '1' Adjabeng.

The Chief Justice has been visiting some courts in the country to assess their conditions.

She has so far been to the Ashanti Region, Western Region, North East Region and the Upper East Regions where some courts in deplorable conditions have been closed down.