Eye on France: What the prime minister said 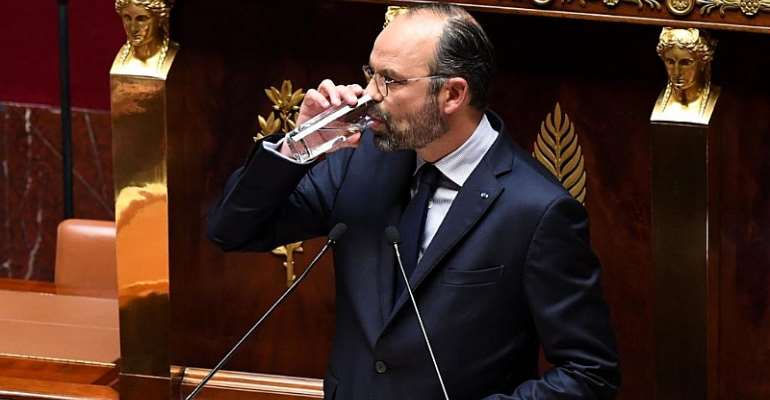 Yesterday, the French dailies were predicting what Prime Minister Edouard Philippe would say in his general political address to parliament. Today we know. So, how did the papers do?

Pension reform, medically-assisted parenthood and the budget were announced as the probable top topics.

The prime minister spoke yesterday of “a pivotal age” saying that “working longer was the key to national success”. So, while he avoided announcing the end of retirement for all at the age of 62, the largely fictitious current official position, he did suggest that the pivotal age will be a bit later, maybe even a good bit later. Sixty-four is the age at which the system would balance out.

Le Figaro evokes previous battles on retirement, notably the winter strike of 1995, and says the tightrope walker is managing to remain upright, but he's wobbling dangerously.

Speaking to the press in April, President Macron warned that we'd all have to work more in order to pay for decent pensions.

Le Figaro says the government is likely to propose a very simple solution: leave at the legal age and get less; work longer and get more. It's carrot and stick technology, and it works very well with donkeys.

The new enemy is Green!
Yesterday, the papers were suggesting that the environment would probably get honourable mention, if only because of the strong showing by Green parties across Europe in the recent EU elections.

Sure enough, the prime minister set the tone straight away yesterday, stressing that this government has “ecological ambitions”. But Le Monde notes that he gave the political spectrum a bit of a shake, insisting that no one any longer has a monopoly on environmental concerns.

And the prime minister also has to find a practical way of driving the economy forward to produce much-needed growth, and somehow accelerate environmentally positive parts of that same, struggling, economy. He may go green himself with the effort.

In fact, says Le Monde, the environmental stuff was a bit of a smokescreen. Edouard Philippe yesterday announced nothing new to help save the planet. Practically every project mentioned is already in the parliamentary or preliminary planning pipeline.

Former ecology minister Delphine Batho, now president of the Generation Ecology party, says she was disappointed by the prime minister's lack of initiative. Worse, she suggests that Edouard Philippe has effectively set the Greens up as the adversaries of economic growth, perhaps positioning them as the most dangerous political opponents for the future.

Assuming, of course, that we have a future.
Google and the goldfish effect
And, to end on a different note, a salutary tale from today's edition of the free newspaper 20 Minutes.

The point is not that our kids are going down the numeric delete chute quicker than you can say “Google,” but that things are going to get worse.

The article warns that the after-smartphone technology will make use of augmented reality, conveyed by connected devices, like glasses, watches or wearable implants, all far less easy to put down than a mobile phone. The addictive quality will be extremely powerful, and we will be individually targeted by information networks which, quite literally, will know more about us than we know ourselves.

Can it be cured, Doctor?
The only safe answer is to switch off and drop out, at least from time to time.

While there is no denying the huge benefits of digital technology and rapid communication, the article warns that we all need to learn how to be better consumers. If we let the system suck us in, it will.

A poll of parents who work in the information sector in Silicon Valley perhaps suggest the way ahead.

The majority of the 907 families questioned send their children to schools which forbid the use of phones, impose an internet curfew, and limit access to social networks. The “technology free” school is, according to 20 Minutes, a big success for the offspring of those who work for Google, Apple or Facebook.

That should, perhaps, tell the rest of us something?

You're A Blatant Liar; I've Never Attacked Any Religious Lea...
48 minutes ago