Do You Have to Be White to Be Promptly Rescued from Kidnappers? 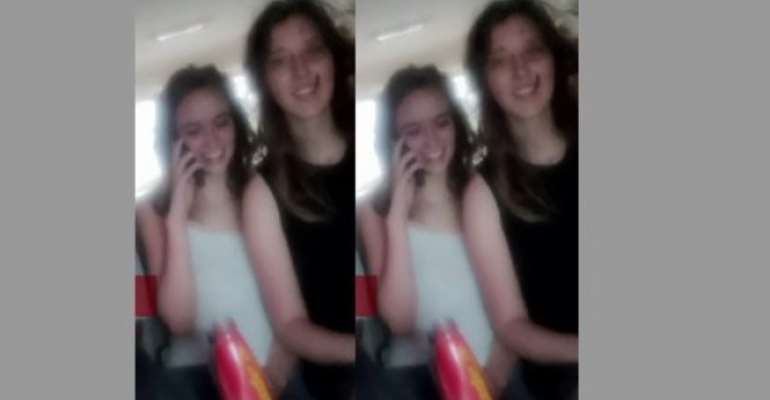 Reports indicating that it took Ghana police personnel only 25 minutes to rescue the two kidnapped NGO Canadian exchange female students barely a week after they were abducted by some unidentified men in an unmarked car, ought to come as an outrage and a great embarrassment to all Ghanaian citizens, in view of the fact that the three Ghanaian teenage girls who were reported to have been kidnapped in the twin-cities of Sekondi-Takoradi, in the Western Region, some three or four months ago, have yet to be either located or rescued. But that the two young Canadian women are white, while the Ghanaian teenage girls who are still in the hands of their kidnappers are black, further complicates matters for all of us bona fide Ghanaian citizens. There is, of course, a scandalously clear edge of racial inferiority-complex to this whole issue (See “It Took Police 25 Minutes to Rescue Canadian Girls – Information Minister Reveals” Ghanaweb.com 6/12/19).

We must also highlight the fact that it took the serious interest of the Canadian government in having its two nationals rescued, unharmed, before the Ghana police in Kumasi, the Asante regional capital, launched a full-scale rescue mission in a bid to finding the two white kidnap victims, ought to come as a very disturbing trend or development. Meanwhile, Ghanaians have been enduring endless bouts of mendacious updates from the Director-General of the Criminal Investigations Department (CID) of the Ghana Police Service (GPS) for weeks and months now. So, perhaps, it is relevant to ask Ghana’s Information Minister, Mr. Kojo Oppong-Nkrumah, precisely how many more months should the Black-African parents and relatives of the kidnapped Takoradi girls have wait before they see the black faces of their daughters again?

I also don’t buy for a split-second, this funny story that, somehow, security agents from absolutely no foreign government, least of all, the Canadian government, played any significant role in efforts by personnel from the Ghana Police Service to rescue the two Canadian women. If so, then why did officials of the Ghana Police Service wait until Canadian sleuths and other security agents and experts had touched down in Ghana’s capital of Accra before personnel from the Ghana Police Service set out on their rescue mission? At any rate, this aspect of the subject of this column is totally beside the point. It is definitely indisputable that at the very least, it was pressure from both the Canadian and British governments that likely facilitated the speedy location and rescue of the two Canadian kidnap victims.

I am also inclined to believe that at least one of two things or both could be operating here. First, there is the possibility that our police personnel may very well be in cahoots with the alleged Nigerian kidnappers of the Takoradi girls. In short, what I am suggesting here is that as has been characteristic of a critical mass of personnel of the Ghana Police Service since time immemorial, somebody higher up must have had their palms greased in order to, literally, ensure that the police looked the other way while the predominantly Nigerian kidnap masterminds had a field day, as it were. the fact of the matter is that whether it took 25 or 30 minutes of massive rescue effort by personnel of the Ghana Police Service, operating from the Asante regional capita of Kumasi, to unravel the mystery surrounding the kidnapping of the two young Canadian women is decidedly irrelevant at this point in time.

Then, of course, the second reason why efforts to rescue the local Ghanaian kidnap victims have not garnered the desired results, at least on the part of those of us who value Ghanaian and African lives as well as any other, may very well be the direct result of the generally negligible premium that many a postcolonial Ghanaian and African generally places on the value of his/her own life. Which is an inexcusable shame and a pity. Indeed, not too long ago, a relative of the CID Chief, Maame Yaa Addo-Danquah, spiritedly holding brief for the latter, boldly and shamelessly observed in an opinion piece that the Takoradi kidnap victims were on a low priority agenda. I also know what I am talking about, having personally and perennially endured the sort of racial discrimination – in this case, self-hating racism – that the kidnapped Ghanaian girls clearly appear to have suffered at the hands of personnel of the very Ghanaian security establishment that is supposed to put the highest premium on the value of their lives and safety.

It is also inexcusably disturbing that it took the rescuing of the white Canadian women before the first arrest of the criminal suspects involved in the kidnapping of the Ghanaian girls was reportedly made in Togo, the territory of Ghana’s immediate eastern neighbor. What is also crystal clear here is the immediate and imperative need for both the structural and functional apparatus of the Ghana Police Service to be radically reformed and/or improved. This would, of course, mean the total reviewing and revising of the educational content or curriculum and training methodology of Ghana’s police personnel. Then, of course, there also need to be effected a more effective caliber of leadership for the country’s entire security apparatus and establishment. In the paraphrased words of the immortalized Prof. Albert Einstein, Ghanaians cannot artlessly continue to attend to security matters the same grossly unimaginative way and still expect a different and more progressive result each time around.

JUST IN: Mahama lawyers file another motion to compel EC to ...
46 minutes ago