What Else Would a Desperate NDC Leadership Do Next? 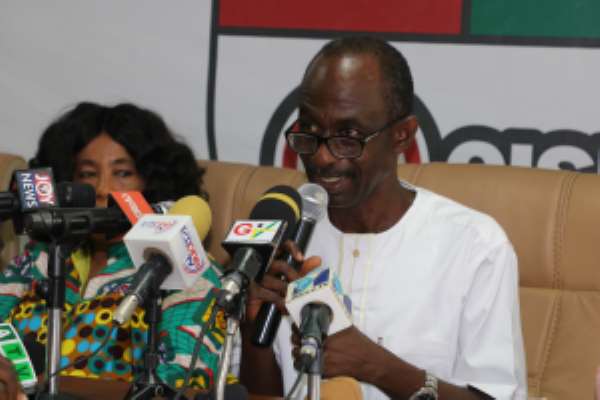 Finally, I am beginning to feel a bit comfortable and even, somewhat, relieved that, at long last, somebody has taken firm grips and charge of our national security apparatus. Well, I mean the security apparatus of the Ghana Police Service (GPS) and, in particular, the Criminal Investigations Department (CID) of the Ghana Police Service. I am here, of course, referring to the alleged arrest of Mr. Samuel Ofosu-Ampofo, the former Eastern Regional Minister and presently the National Chairman of the country’s main opposition National Democratic Congress (NDC) – (See “Ofosu Ampofo Released After Arrest, Electronic Gadgets Seized” CitiNewsRoom.com / Ghanaweb.com 6/11/19).

Earlier on, Mr. Ofosu-Ampofo, who also once held the cabinet portfolio of Local Government and Rural Development Minister, had been widely reported to have flatly refused an invitation from the CID regarding legally incriminating evidence pointing to the NDC’s National Chairman’s having either sanctioned or instigated violent attacks aimed at intimidating and freezing Electoral Commission officials in their tracks, in a bid to forcing the latter to skewing the results of the 2020 general elections in favor of Candidate John Dramani Mahama. The latter, of course, is the immediate predecessor of President Addo Dankwa Akufo-Addo. It well appears that having realized that in just a little over two years, the development track-record of the Akufo-Addo-led government of the New Patriotic Party is decidedly unprecedented in the annals of Ghana’s Fourth Republic, the National Democratic Congress’ leaders have decided that their only fighting chance in the December 2020 general election would be to sanction violent activities among party supporters and sympathizers, as a means of forcing a referendum on national security matters, thus the current high spate of kidnappings, physical assaults and deadly violence against some members of the Ghana Police Service.

Some leaked audio recordings obtained by the police have also been alleged to contain evidence pointing towards Mr. Ofosu-Ampofo’s either being a mastermind or prime enabler of some suspicious market fires and some unspecified acts of violent criminality in the country. Anyway, personally, I believe that the NDC’s National Chairman ought to have been summarily detained for at least 48 hours, or as permitted by law, before being released at the police headquarters on June 11, for the simple reason that as a former key executive operative in the previous Mahama regime, Mr. Ofosu-Ampofo did not set an emulative example when he flatly refused to respond to a police invitation for questioning regarding his involvement in activities aimed at destabilizing the democratically elected government of President Akufo-Addo.

We are informed by operatives of the CID that the name of Mr. Ofosu-Ampofo had been mentioned by some criminal suspects who had earlier on been picked up in the wake of the occurrence of some of these acts of criminality. According to some news reports, it was the NDC’s National Chairman who turned himself in to CID operatives at the police headquarters, and that Mr. Ofosu-Ampofo had not been arrested by the police. Whatever the real case might have been, it is absolutely irrelevant how a notorious scofflaw like Mr. Ofosu-Ampofo, finally, made contact with the police. Now, what is important is that he is in the grips of the law and is being surveilled and monitored around the clock to ensure that he doesn’t get involved in the sort of subversive activities reliably attributed to him. That may also explain reports that some electronic gadgets in the possession of Mr. Ofosu-Ampofo have been seized by the police.

Very likely, those gadgets are his cellphones. Whatever the police can legally secure, by way of evidence, to definitively nail down this criminal and political scumbag will be all well and good. You see, the key NDC operatives may be making the most egregious error of their lives if they mistake Nana Akufo-Addo’s democratic liberalism as a prime invitation to recklessly and criminally conduct themselves.