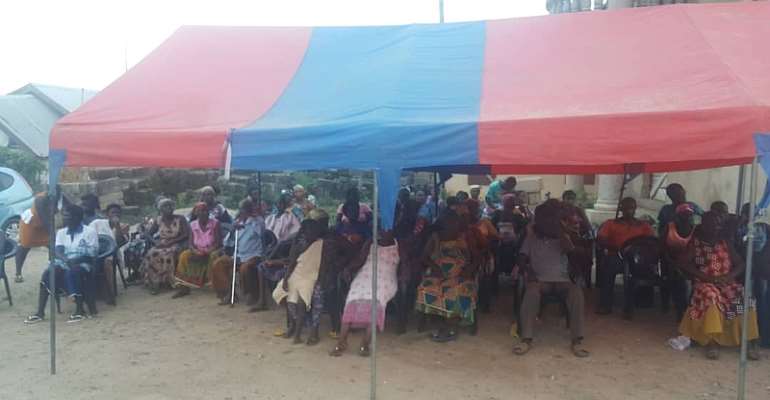 The New Juaben North Municipal Social Welfare outfit has initiated child protection education campaign to engage the public on the need to seek the welfare of children within the municipality.

The District Social Welfare Director, Madam Sally Mahama during an encounter with chiefs and people of Asokore has emphasized the challenges when it comes to child abuse and child labour hence the need to embark on such education.

She has however called for collaborative effort to deal with the issue at our various communities.

On the issue of enforcing the existing laws, Madam Sally Mahama said her outfit is now educating the public to know punishment they would face if a child is abused or maltreated.

She also added that most people do not understand child labour issues so her outfit is educating them to know the difference between child's work and child labour.

"Until we start prosecuting offenders, we are committed to educate the public so people will know the difference between works that children are responsible to do and that which is considered to be child labour" Madam Mahama revealed.

Madam Sally Mahama also took the opportunity to urge the public to report cases of child abuse and labour to appropriate authorities in their various localities so as to help in dealing with the issue.

Meanwhile, the traditional authority commended members of the Social Welfare for such an initiative saying it would go a long way to protect children wherever they may find themselves and therefore pledged their readiness to support such a good course.

However, a 5-member committee was set up by the traditional council to deal with child protection issues in Asokore.