Those Tagging Politics To Kidnappings Have Weak Judgement —Expert 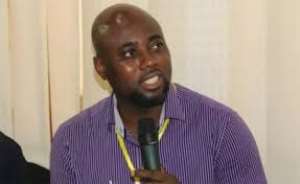 The Executive Director of the African Centre for Security and Counter-Terrorism, Mr Emmanuel Kotin has described as preposterous and weak suggestions that the recent kidnappings in the country were politically influenced.

Speaking in an interview on GTV 's "The breakfast show" Tuesday, he said kidnapping is mostly masterminded by a network of criminals and gangs.

According to him, the kidnappers job ends immediately after they have delivered the victim to their contractors or a specialised team who confines the victim in a hideout far away.

He, however, added that the team whose job is to call the victim's family or relative to demand ransom most often hide outside the country.

"With technology, they can even call with our own lines as if they are speaking from another country that is why it is very sophisticated criminal activity," he stated.

Mr Kotin indicated that kidnappings occur when there is transfer or removal of heads of security personnel during a change of regimes.

“When there is a change of government, a lot of security heads are moved. Once you bring in political person in there, those who were moved become ineffective and away which doesn’t help in the process. That is why I have always championed that security is one area we should never bring politics into it,” he stressed.

According to him, the recent attacks on policemen in the country is as a result of the lack of confidence and trust in the police service, a situation which requires the police administration embark on self-introspection to rebuild trust and confidence in the people.

"Therefore, let us not focus on the criminalities but the proximity. The issues of citizens being embolden to attack the security agencies is increasing and it is a bad thing for the country. In as much as we do not like the services of the police, we have to help them fight crime in our communities," he intimated.

He opined that the security institutions have been weakened by political interference, lack of training, welfare issues and others.

Mr Kotin calls on government and relevant stakeholders to discuss ways to defuse the political control and revitalise the police institution as wholely independent to fight crime effectively.