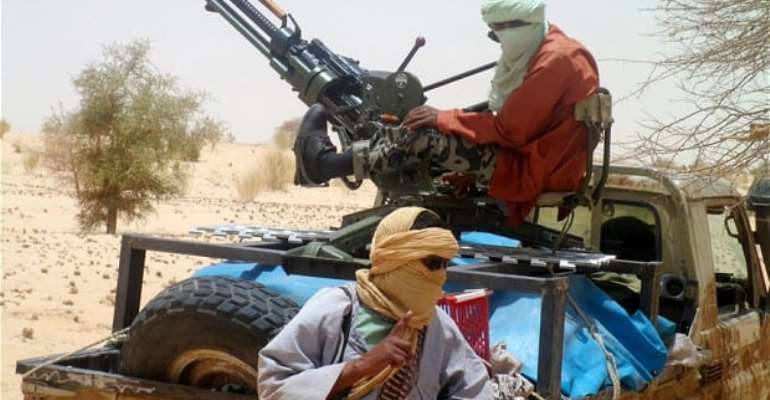 The National Security Council has intensified its nationwide sensitization exercise as it engaged Religious bodies and various security agencies in Accra earlier today on how to identify and deal with potential terror attacks in Ghana.

The move has become necessary especially in a time where some of the neighboring countries are being attacked by terrorists.

In the month of May alone, at least 10 people were killed with several others injured as a result of terror attacks on some Catholic Churches in Burkina Faso.

On the back of that, Government has charged the National Security to spearhead all security agencies to ensure the safety of all citizens whiles tightening the security on our borders to quell suspected terrorists or extremist groups from entering the country.

At a meeting on Friday, June 7, 2019, with Religious bodies, customs service, fire service, the prison service, the Bureau of National Investigations (BNI), Director of counter-terrorism, COP George Asiamah assures the safety of Ghanaians is their priority indicating that they are going to do everything within their powers to prevent any possible terror attacks.

In the meeting, the various religious bodies were trained on how to detect and deal with terrorists as well as develop a security plan for the churches and mosques to ensure what happened in neighbouring Burkina Faso does not occur in Ghana.

COP George Asiamah shared, “We had started in Accra. We went to the three Northern Regions and we will be going to all the Regions. There is a battle for all of us but we cannot say that we are at serious threat but we cannot wait to be taken unawares. We are taking preventive measures because our framework is based on four pillars that are to prevent, preempt, protect and to respond”.

He continued, “to respond you respond and you recover from it. That needs a lot of resilience but right now we are trying to prevent it and also to preempt it so that the terrorists will not get the opportunity to strike at all”.

He further urges Ghanaians not to entertain or provide assistance to anybody they suspect to be terrorist.

According to him, terrorists always look for means to carry out their attacks but if the public is cautioned about all their elusive ways, Ghana will stand tall and strong.

“They need an opportunity. They may send spies here to come and see what we are doing but if they see that they don’t have local support they will not come and attack us. They are attacking Burkina and other places because they get local support. The terrorists come and feed on what is around", COP George Asiamah said.