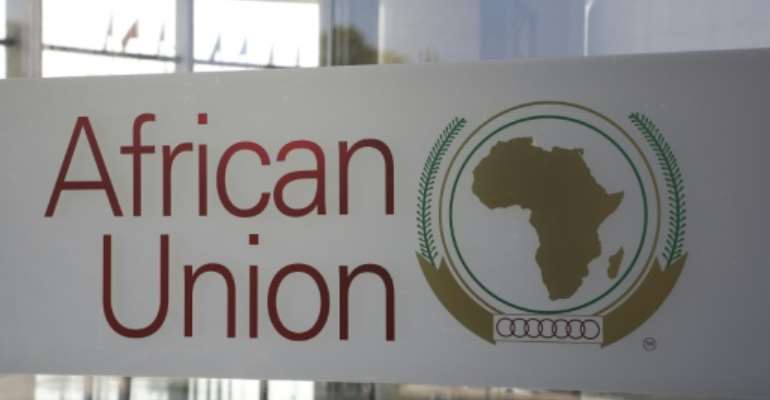 Headquartered in Addis Adaba, the 55-member AU dates back to the early 1960s, when the decolonisation of Africa gathered pace. By Ludovic MARIN (POOL/AFP)

The African Union (AU) suspended Sudan on Thursday, demanding a "civilian-led transitional authority" to resolve an entrenched and bloody crisis.

Calls for the AU to take action had mounted after Monday's crackdown on protesters who had camped outside army headquarters in Khartoum.

But an opposition-linked doctors' group said Wednesday that 40 bodies had been pulled from the Nile, sending the death toll to at least 108.

"The AU Peace and Security Council has with immediate effect suspended the participation of the Republic of Sudan in all AU activities until the effective establishment of a Civilian-led Transitional Authority, as the only way to allow the Sudan to exit from the current crisis," the AU posted on Twitter.

Patrick Kapuwa, the chairperson of the AU's Peace and Security Council, said the military leadership that took control after the ouster of long-time president Omar al-Bashir in April had failed to hand over power to civilians.

"Council will automatically impose punitive measures on individuals and entities that have obstructed the establishment of civilian-led authority," he said.

Thousands of demonstrators had remained defiant since Bashir's ouster, taking to the streets calling for the generals to cede power to civilians.

The 55-member AU had been strongly supportive of the protesters.

It had urged the military council to ensure a smooth transition of power, warning they risked suspension otherwise.

The organisation reiterated this ultimatum in May, giving the military a new 60-day deadline.

But the brutal dispersal of protesters, condemned by the United Nations, US and Britain, among others, put pressure on the AU to beef up its response.