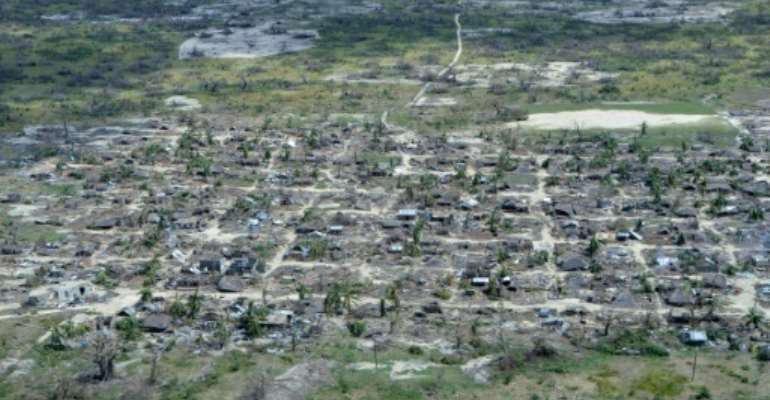 Destruction: The holiday island of Ibo off northeastern Mozambique bore the brunt of Cyclone Kenneth in April. By Emidio Jozine (AFP)

A conference in the central city of Beira met on Friday and Saturday to pledge the funds, with 700 participants from groups including UN agencies, the European Union, the World Bank and the African Development Bank.

"The amount raised in the pledging conference was $1.2 billion," equivalent to 1.07 billion euros, a UNDP press officer told AFP.

The storms smashed into Mozambique in March and April 2019, hitting the centre and north of the country just six weeks apart.

More than two million people were affected and about 650 died.

"This recovery needs to be resilient," Noura Hamladji, UNDP Africa regional director, said in a statement.

"Mozambique is prone to climate-change disasters, and those cyclones were not a one-time event unfortunately and the probability of these disasters reoccurring, many times in the future, is very high."

The UNDP said it would work with President Filipe Nyusi, who was at the conference, and the government on transparency and accountability and to ensure the funds were well spent on reconstruction projects.