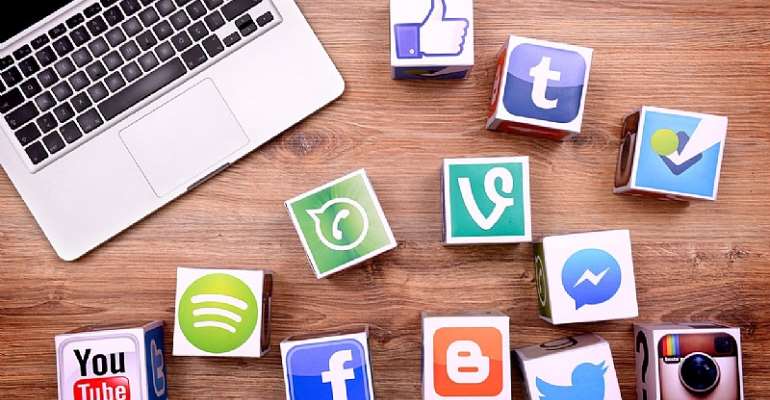 On the cold morning of May 14, 2019, I woke up in my pyjamas, and like the usual on all other mornings, tossed on the bed, fetched my phone and glasses from the desk beside the bed, and surfed the internet to read the Dailies. In most cases, I begin with opinionnigeria.com or premiumtimesng.com, but on occasion when news notifications pop up on my screen, just like how it happened that morning, I swipe down to access the notification bar and click on the news, often times sports news, that interests me. But that mild morning, it wasn’t sport news that popped up, it was Chukwuemaka Akachi, a 400 level student of English and Literary Studies, University of Nigeria, Nsukka that popped up on my screen, said he was depressed and tired of life, and he found solace to this turbulence drinking two bottles of sniper. Damn!

The next day, May 15, witnessed the news report of RCCG Gospel minister, Arowosaiye, who committed suicide. The week that proceeded it, May 21, also read another news of Uzakah Timi Ebiweni, a 300 level medical student, Niger Delta University who drowned himself in the river over being advised to withdraw from medical school. Other reports were of a 100 level student of Kogi State University, Anyingba on the 19th of April after being ditched by her boyfriend, and a 100 level student of chemical engineering at the University of Port Harcourt, Rivers state, amongst a host of others.

One then may start to ask questions, creating premises and drawing inferences for the increasing rate of suicide in the country. A number of factors ranging from depression, the commonest, to other mental health problems like schizophrenia, Post-traumatic Stress Disorder, Psychosis, Dementia, etc., may precipitate suicide if nurtured on a long term without seeking professional medical assistance, but these factors cannot definitely heighten the rate of suicide in the country. Hitherto, the subjects of discussion about the rate of suicide that is on the rise in Nigeria have been around depression, mental health, the argument of the will to live or die is sometimes a personal decision, and proffering solutions to mitigate the effect of this cankerworm, thus, the discussants neglecting what actually promote suicide in the first instance, making it the most discussed topic on the prominent walls of the internet, Facebook and Twitter.

In Yoruba culture, suicide is regarded a taboo and such act, according to Yoruba traditional beliefs, impends severe catastrophe for the family, or kinsmen of the victim – the least of the catastrophe that befalls the family is castigation, though there are variations to the catastrophe as regard other cultures. With that belief deeply stomached and passed from one generation to the other, it requires a substantial summon of courage for someone from one of Nigeria’s ethnic groups to commit suicide. But today, the tides have changed, the barrier has been overcome, the fearful traditional beliefs about suicide have decimated in us, the fears of ending one’s life have been conquered, and we can now justify every argument about committing suicide to be heroic, bravery and that it’s individual’s personal decision that must be respected. How disheartening!

How then has social media affected the increased rate of suicide in the country?

Nigeria now has the fifteenth highest suicide rate, 17.3 per 100,000 people, in the world, and seventh in Africa according to World Health Organization’s age standardized statistics, with male rate to be 17.5 per 100,000 people, while the female is 17.1, as compared to the earlier report of 15.1 per 100,000 people in 2016 as published by Spectator index. In 2019, up to June, Nigeria has recorded a known reported case of suicide to be a count above 15, with most victims being age 15 – 29 years, and May being the month with the highest suicide rate of at least 8.

With reference to 2019 statistics report, the increasing rate of suicide in Nigeria cannot but be attributed to social media. As much as it may seem inconsequential, social media have aided more suicides than the actual mental health problems that bring up the suicidal thoughts in the victims. How?

Basically, social media as an interactive platform is like a psychiatric patient that needs urgent attention intermittently, or one demanding an intense acknowledgement from its users. Have you not ever wondered, as a social media user, when updating a status, and you pause only to realize that every status update like yours, irrespective of the content, is a mere variation of a single request: “would someone please acknowledge my presence on this platform?” Away from the use of instant messaging, the seeking of audience and acknowledgement on this platform have given everyone the liberty to promote and update anything that would give them the desired audience they crave for.

A Facebook user with the username, Itz Eldersne, wrote on his timeline how he couldn’t sleep throughout the night because of heartbreak before finally consuming sniper. Well, another suicide note, someone would say right? But days after, he came out from hiding after the suicidal post had generated required audience and acknowledgement through comments, likes, and reactions, only to post on his timeline it’s a prank, and he was only passing a message across to whoever that might be contemplating suicides. How sane was it to pass message of say-no-to-suicide by committing suicide itself? Though adjudged by the content of his subsequent post, he definitely wanted to pass a message across, but inadvertently, he had given much contemplating suicide the courage to do so.