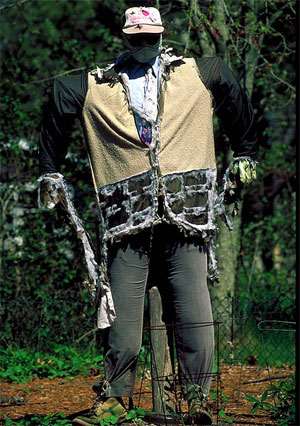 The National Safety Commission says it's considering the adoption of scarecrows to check over speeding of drivers.

The Commission said dummies dressed as policemen will be placed at vantage points to warn drivers.

Mr. Boakye was speaking at a reception in honor of personnel of the Police Traffic Unit at Cape Coast on Sunday for helping to reduce road traffic accidents in the Central Region.

He said the research had shown that drivers begin to speed after passing through police barriers and check points and he believes that the introduction of the dummy police will keep them in check.

Mr. Boakye said that last year, a total of 208 people died, 1,436 were injured in accidents involving 1,375 vehicles, a slight decline from the previous year's figures.

He said the commission intends to enforce the president's directive that Road Safety Committee should be formed in all district assemblies to enhance road safety education at the grass roots level.