Algeria army chief says he has 'no political ambition' 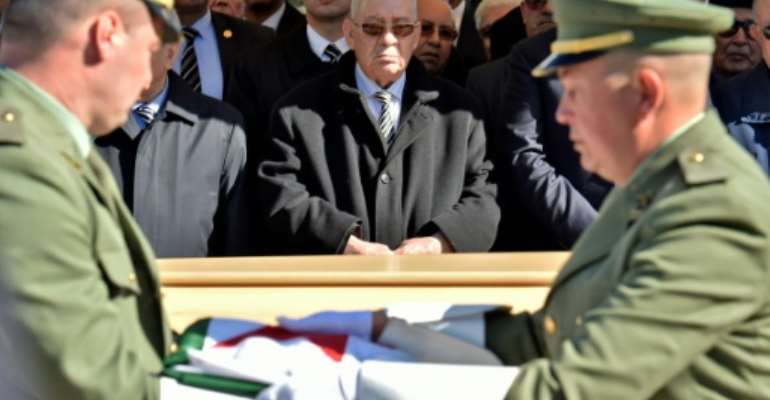 "I have personally committed myself repeatedly... to support the Algerian people" who are protesting "as well as the efforts of state institutions and the justice system," General Ahmed Gaid Salah said in his third speech in as many days.

"We have no political ambition aside from serving our country in accordance with our constitutional roles," Salah said, according to a transcript of the text seen by AFP.

The army has backed the July 4 presidential polls, which were announced following the resignation of ailing leader Abdelaziz Bouteflika last month in the wake of mass protests.

A former Bouteflika loyalist, Salah played a key role in his downfall by calling for the president's impeachment just hours before he stepped down.

Protests have continued as Algerians call for transitional bodies to be set up ahead of any election, arguing the existing institutions are too marred by corruption for a legitimate vote to take place.

On Monday, Salah reiterated his support for the elections and said the polls could help Algeria "avoid falling into the trap of a constitutional void, with its accompanying dangers and unwelcome consequences".

Since Bouteflika quit, numerous judicial investigations have been launched against members of the former president's inner circle.

Salah on Wednesday denied accusations he was behind the probes, saying the judicial institutions were free "from all forms of constraint, diktats and pressure".

While the interim president, Abdelkader Bensalah, has remained relatively quiet since his appointment, Salah has upped the number of speeches delivered to troops.

Some observers have pointed to similarities with Egypt's general-turned-president Abdel Fattah al-Sisi, who took power in 2014 despite claiming the army would stay away from politics following a coup the previous year.

In Algeria the army has played a central role since the country's independence in 1962, and was considered the real holder of power up to Bouteflika's 1999 election.

Reopening Of Schools: Not Testing Students, Staff Dangerous,...
58 minutes ago