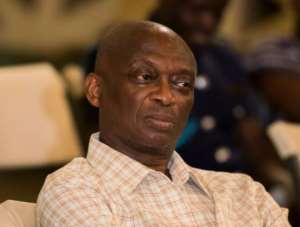 The Editor-In-Chief of the New Crusading Guide Newspaper, Abdul Malik Kweku Baako Junior, has literally declared war to rebuke fake some pastors and prophets in the country.

Some of these self-styled pastors and prophets who have recently been in the news for engaging in all kinds of vices and others actually caught on video performing all kinds spiritual kissing and touching of private parts of peoples wives in the name of God, have incurred the wrath of the political and social commentator.

The sensational senior journalist who got emotionally charged during a discussion about the breakdown of morals in the society on Peace FM’s popular Akan Morning Show “Kokrokoo”, just burst into serious hatred towards some indisciplined “Men of God”.

“Kwame, most of these pastors are of nuisance value, some of them are just talking and talking and talking by heart, saying all sorts of things. Kwame, it is sickening and the fact that some of them appear untouchable. That is sickening. They say anything; say everything; do all sorts of terrible things and we are looking at them and some are praising them. Nonsense, complete nonsense,” he lamented.

Mr. Baako declared he was going to launch a campaign against some of them irrespective what people may say about his actions.

“Look, it is getting to a time that some of us, I am repeating and I know that I have been attacked severally. But some of us will start waging a sustained campaign against those particular prophets or church leaders or whoever they are. Kwame, we confronted the gun, how much more these. What are they?

“I am being honest with you. I don’t normally talk about these things; but I have been observing and looking at the scene; and I am telling you, this is a dangerous thing. We shouldn’t let any of them feel untouchable, never. Who gave them immunity and indemnity? Who are they and what are they? Nonsense,” said, the emotionally charged Kweku Baako.

He further advice politicians who associate themselves with some of these so called men of God in one way or the other must distance themselves inorder not to suffer any collateral damage that may accompany them.

“Everyone knows the people I am referring to. We know them. I have deliberately not mentioned names for the sake of your station. I am avoiding some of these things because of the collateral damage to your station. But at the appropriate time when we decide to wage the campaign against them, we will mention them by names,” he observed.

Mr Baako questioned why some pastors would engage in spiritual scaremongering and dooms prophecies just be become popular and fearful.

“What is this? If it is not spiritual scare mongering today, it is something else tomorrow. When a person dies, then they will say ‘I saw it’. Why didn’t you say it before it happened? Some say they know where the kidnapped Takoradi girls, but they won’t reveal it, Crap.

"Kwame, I am telling you. It is about time we identify by their name, their churches and their congregants and deal with them. If they like they should go and prophesy that we will die tomorrow," he concluded.

Minority Boycotts State Of The Nation Address
1 hour ago