The Missing Of Congo-Brazzaville's 'Beach' : 20 Years On

By Laudes Martial Mbon in Brazzaville and Marie Wolfrom in Paris 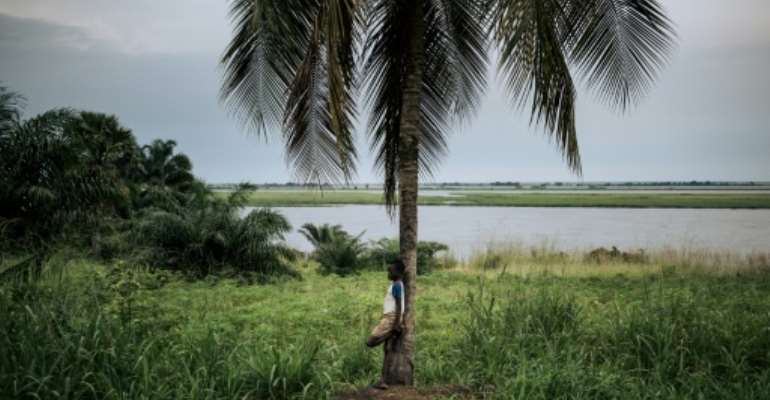 Kinshasa and Brazzaville lie on opposite sides of the Congo River. By ALEXIS HUGUET (AFP/File)

Twenty years ago, Congo-Brazzaville's new president urged conflict refugees to come home across the River Congo from Kinshasa. Then 353 returnees disappeared who were widely believed to have been murdered.

"It's like it happened yesterday," said 75-year-old Marcel Touanga, grief-stricken for his son, one of those listed as missing in a troubling episode in the long career of President Denis Sassou Nguesso.

In May 1999, the oil-rich central African nation was trying to turn the page on three successive civil wars since 1993.

Sassou Nguesso, a military man, took power back in 1997 from Pascal Lissouba, with the stated aim of achieving "national reconciliation" in the former French colony.

He encouraged people who had fled over the broad river to the capital of the newly named Democratic Republic of Congo (the former Zaire) to return via the "Beach" -- Brazzaville's port area.

The two Congos on opposite shores jointly signed a repatriation agreement with the UN High Commissioner for Refugees (UNHCR), and people who were prepared to return did so during the week of May 5-14, 1999.

'Shot on the spot'

"Once on the Beach, a kind of sorting process took place, with women on one side and men on the other. The men were subjected to a full body search" for firearms, said Touanga, who heads the main support group for families of the missing.

The authorities were at the time hunting members of the rebel Ninja militia loyal to former prime minister Bernard Kolelas, who were active in Brazzaville's Bacongo district and a forested region adjoining the capital known as The Pool.

Kolelas said that the Ninja insurgency had only been crushed when Angolan soldiers moved in to support Sassou-Nguesso and secure the city.

Sentenced to death in his absence in May 2000 on charges of kidnapping, rape and illegal arrests by Ninjas, Kolelas was granted amnesty in 2005. He died after receiving medical treatment in Paris in 2009.

"We have inventoried 353 missing youths, but there were many more because some bodies were burned," said Touanga, who now lives in France.

"There was brutality, there were executions. Some people were shot on the spot and their bodies were thrown into the water," he added.

"They didn't even give me his body," Touanga said of his 28-year-old son, a paramilitary policeman.

Some of the missing were executed on the premises of the security forces, including the General Directorate of Presidential Security, according to a 2012 UN report based on testimony by people claiming to be survivors.

Under pressure from families, Congo's parliament launched a probe in 2002, broadening the scope to cover all forced disappearances recorded in the country since 1992.

A trial finally opened in Brazzaville three years later with 15 defendants in the dock, mostly serving officers in the security forces. They were all acquitted in August 2005.

Separately in France, several human rights NGOs joined forces and went to court with a suit alleging "crimes against humanity, disappearances and torture."

The case, lodged in early 2002, targeted President Sassou-Nguesso and three senior officials in his regime.

Congo asked the International Court of Justice in The Hague to freeze the French legal proceedings.

In April 2004, Sassou-Nguesso's police chief, Colonel Jean-Francois Ndenguet, was jailed in France on a charge of crimes against humanity.

But he was freed on the grounds that he held a diplomatic passport, which led rights activists to cry scandal.

"French justice for the moment remains the only hope for justice and truth," Tresor Nzila, executive director of the Congolese Organisation of Human Rights (OCDH), said in Brazzaville.

However investigations in France have ground to a standstill.

"The pain is still there," said Vincent Niamankessi, the 70-year-old father of one of the missing. "We are finding that our missing children are simply victims with no perpetrators."

Comparing NDC’s Griffiths to NPP's Joe Anokye is like compar...
1 minute ago