Statement on the demise of a true legend - C. K. Tedam 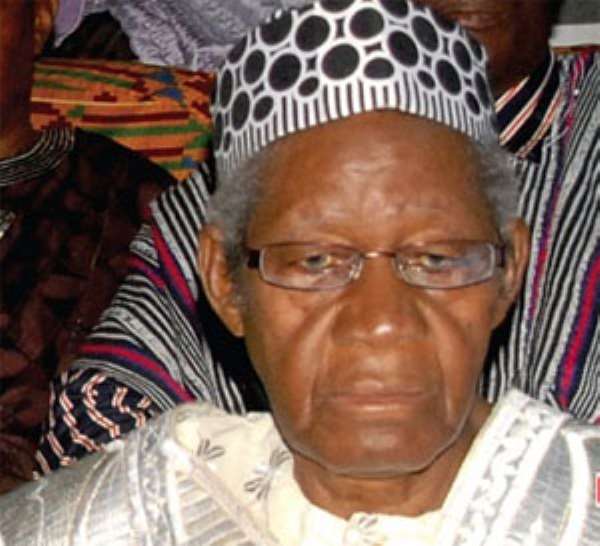 We woke up this morning to learn of the passing into glory of the Hon. Clement Kubindiwor Tedam (Popularly known as C.K. Tedam) of whom His Excellency President Nana Addo Dankwa Akufo-Addo had always referred to as "The Rock of All Ages".

The late C.K Tedam was a two time Members of Parliament for the then Kasena Nankana North in the Gold Coast Legislative Assembly on the ticket of the Northern Peoples' Party (NPP).

The late C.K Tedam served his party and the nation in various capacities becoming a Minister of Local Government during the regime of the Supreme Military Council (Ghana) and Member of the Council of State between 2001 to 2009 under the Administration of former President J.A. Kufuor. He was a founder and a very committed member of the New Patriotic Party (NPP).

Notwithstanding his advancement in age, he made time to attend almost all NPP programmes across the nation. It was therefore not surprising that after the demise of Reginald Reynolds Amponsah( popularly known as R.R. Amponsah) one of his political contemporaries, the mantle for chairmanship of NPP Council of Elders fell on him. That the late C. K. Tedam executed his role creditably and cannot be over- emphasised especially in the middle of the year 2015 when he with the support of the NPP National Council of Elders moved swiftly to bring peace and harmony in the Party by activating the Party's disciplinary proceedings against the then Chairman Paul Afoko and others. This singular act of exemplary leadership no doubt contributed significantly in the NPP winning the 2016 Elections.

The late C.K Tedam commanded respect not only in the NPP but the nation as a whole. He was an Elder Statesman whose political life transcended partisanship. He was the last tree standing of his generation in the Upper East Region and we shall sorely miss his wise counsel. We shall however be proud of his longivity in service to the Chiana/ Paga Constituency, the Upper East Regional NPP and the nation as a whole.

Fare thee well, as 'father time' has called you to glory at this momentous period.

Ejura probe: Ministerial Committee presents its report to In...
21 minutes ago