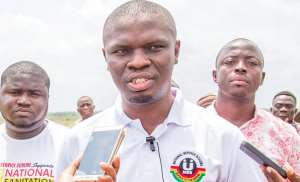 The Public Accounts Committee (PAC) of Parliament is asking the Bureau of National Investigations (BNI) to refund some GHc6.5 million belonging to National Service Secretariat (NSS) that it says it is using as evidence to prosecute some officials.

Chairman of the Committee, James Klutse Avedzi, questioned why the BNI should continue to hold the funds in its accounts when documents in possession of its officers that investigated the NSS are enough to aid in the ongoing prosecutions.

“When they are going [to court] do they carry the GHÈ»6.5 million? So why should they say that they are using it as exhibit,” Mr. Avedzi put to the Executive Director of the NSS, National Service Scheme Ussif Mustapha, when he appeared before the Committee Tuesday.

The BNI in 2014 uncovered about GH¢7.9 million represented the allowance paid to 22,612 non-existent service persons. The investigators discovered that district directors of the scheme were the sole signatories to the accounts opened in the name of the NSS at the district level.

Following reports of massive malfeasance in the postings and the payment of the allowances to National Service personnel, the BNI embarked on preliminary investigations in selected districts and discovered that the rot was “pervasive and deep-rooted in all the selected districts”.

It was also established that National Service directors in the districts and most managers of banks where NSS allowances were lodged “worked closely together in these dubious payments”.

Based on the revelation, the BNI commissioned a nationwide investigation into the operations of the National Service Scheme from July 20, 2014, which led to the recovery of some GH¢6.5million.

Management of National Service Scheme directed to proceed on leave

How much has been collected?

At the PAC sitting to deliberate on the Auditor-General’s report for 2016 in which the rot was captured, Joy News’ correspondent Joseph Opoku Gakpo reported that, a member of the Committee, Samuel Nartey George, wondered why the physical cash had not been returned to the treasury three years after the BNI took possession of it.

“….the physical cash should not be kept in the BNI’s accounts against what our financial administration agreements are,” the Ningo Prampram MP drew the attention of the Chairman.

In response, the NSS Boss revealed that the amount could even be more than what has been reported: “because was reported at that time when the exercise [collection] was carried out.”