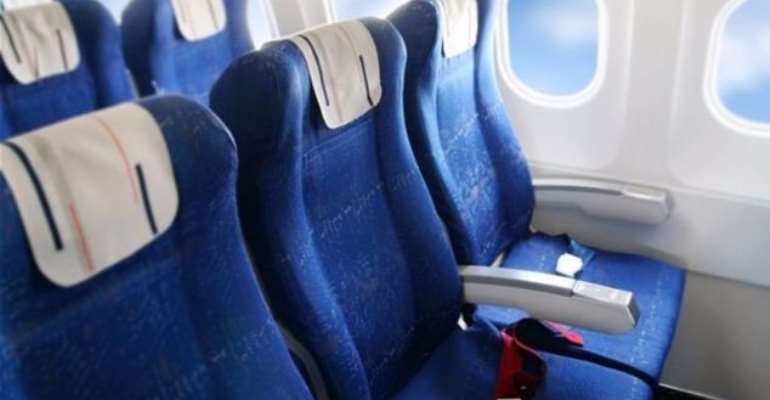 In the country that gave the world teenage climate activist Greta Thunberg, shame connected with travelling on aircrafts that guzzle fossil fuels may now be having a real impact on travel patterns.

Swedavia AB , which operates 10 Swedish airports including the ones outside Stockholm and Gothenburg, has seen year-on-year passenger numbers drop for seven consecutive months. Last year, Sweden had its weakest overall growth in passenger numbers in a decade.

At the same time, passenger numbers at state train operator SJ jumped to a record 32 million last year due to “the big interest in climate-smart travel.”

The phenomenon, known as “flying shame,” is putting pressure on airlines to up efforts to reduce their greenhouse gas emissions.

SAS AB’s Scandinavian Airlines is taking a series of measures, including replacing older airplane models with more fuel-efficient ones, and seeking to use more biofuel.

The carrier that’s partly owned by the Swedish and Danish governments is also switching heavy seating for lighter and asking customers to pre-book food. Those steps will reduce the weight of its planes and thereby cut fuel consumption. In addition, it seeks to offset the emissions from flights made by its Eurobonus club members by investing in energy projects that generate a compensation equivalent to the amount of CO2 emitted.

In the past decade, SAS has overhauled one of Europe’s least-efficient aircraft fleets. It phased out fuel-thirsty McDonnell Douglas MD-80 planes and placed orders for Airbus SE’s latest A320neo-series narrow-body as well as the twin-aisle A350-900, which is due to join the fleet this year.

For SAS Chief Executive Officer Rickard Gustafson, the matter is existential. Unless society — and airlines — address climate change, the world as we know it may cease to exist. But as airlines are an integral part of the globalized world we live in, he doesn’t believe the answer is to stop flying. Instead, airlines must take measures to cut pollution and become more sustainable until the day comes when there are engines that don’t rely on fossil fuels.

“Airlines, like other infrastructure, are needed in order for us to have the societies we want, with growth, transparency, openness, clarity and tolerance,” he said in an interview at SAS’s headquarters in Stockholm. “It’s important that people can continue to meet and that the world can continue to travel. But we can’t continue to just travel without adjusting to a sustainable way.”

The issue is rising on the agenda of airlines as customers become more and more climate-conscious, particularly in Sweden.

Flying shame, where people feel ashamed to use any mode of transport that uses fossil fuel, is on the rise in Sweden. According to a survey by the World Wildlife Fund, 23 percent of Swedes have abstained from travelling by air in the past year to reduce their climate impact, up 6 percentage points from a year earlier. Some 18 percent have chosen to travel by train rather than air.

A separate recent survey by Swedish Radio showed that the climate is the most important political topic for young people today. That development coincides with Swedish teenager Greta Thunberg’s movement, where thousands of pupils across the world regularly hold protests to try to force political leaders to take action on the environment. Thunberg travels by train whenever she appears at events in Europe.

In addition to “flygskam” (flying shame), Swedes have adapted to new words describing the shift, including “tagskryt” (train bragging) and “smygflyga,” or fly in secret.

Even Swedavia, the airport operator, seems to be feeling the pressure. In its past two monthly reports on passenger numbers, it included comments on how it is working to become more sustainable. That includes increasing the use of biofuel at its airports and making sure that all Swedavia airports produce zero fossil CO2 emissions from their own operations by 2020.

According to Swedavia, the climate debate is one reason behind its falling passenger numbers, along with factors such as concerns about the Swedish stock and housing markets, a weak Swedish krona, and geopolitical uncertainties. The impact is evident especially on domestic travel, which dropped 3 percent last year.

For SAS, one of the key measures is to use more biofuel, which unlike fossil fuel has been produced through current biological processes rather than geological processes. Such fuel is considered carbon neutral, as the CO2 absorbed by the plants used to produce it is equal to the gas that’s released when the fuel is burned.

But there is a problem — there just isn’t enough biofuel around. To help solve the supply issue, SAS has teamed up with refinery Preem to increase production of biofuel in Sweden as it seeks to use biofuel corresponding to all its domestic fuel consumption by 2030. That’s part of a broader plan to cut total carbon emissions by 25 percent by 2030 compared to the base year 2005. There is also a cost involved, as biofuel is more expensive than fossil fuel.

Given that passengers appear to become more and more climate-conscious, airlines may have no choice but to make that switch. They could even become a selling point.

“The journey toward a fossil-free footprint will be long, but I’m a technology optimist,” Gustafson said. “One day a scientist will figure out how to replace the current jet engine, and I think those planes will become available to all of us in, say, 20 years’ time.”