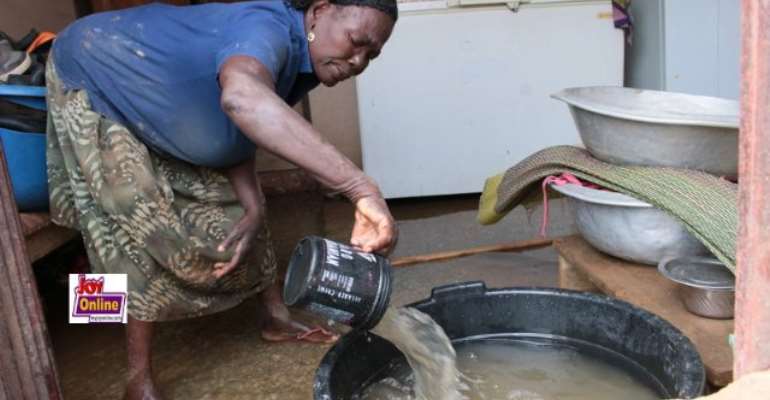 A flood victim scoops water from her house.

Atta Akyea says contractors are being sent on site to desilt drains.

His comments come on the back of Sunday’s floods that left at least five persons dead and two missing.

Various parts of the capital, Accra got flooded. The newly constructed Circle Interchange was not spared; inundated by mass volumes of flood water.

The Ghana Meteorological Service has predicted more rains in 2019.

In reaction to that, the Minister wants residents living in excessive flood zones to be alert and move to safety.

What has the gov’t been doing to alleviate the situation?

Samuel Atta Akyea revealed on the Super Morning Show that the government has secured some $200million to deal with the situation.

He said various drains in Accra will undergo desilting and dredging.

According to the Minister, works have delayed on the desilting to procurement processes.