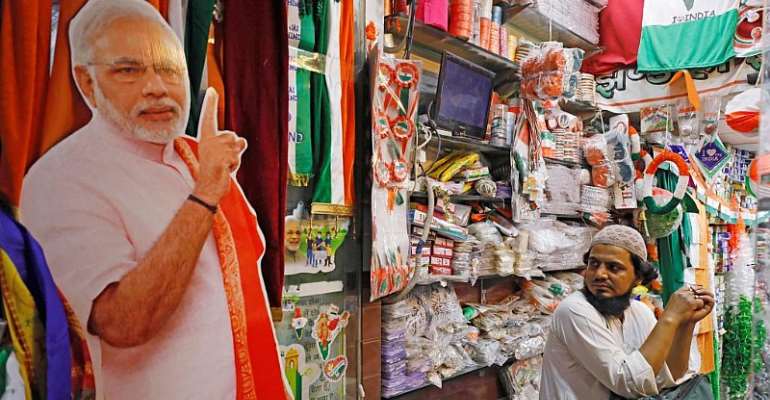 Voters in 18 Indian states and two Union Territories have begun casting their ballots on the first day of an election spread out over six weeks in a country of 1.3 billion people. Incumbent prime minister Narendra Modi is seen as the favourite in what are the world's biggest democratic elections.

Thousands of parties and candidates will run for office between now and 19 May in 543 constituencies across the nation of 1.3 billion people.

Some of the 1.1 electronic voting machines will be transported through jungles and carried up mountains, including to a hamlet near the Chinese border with just one voter.

Because of India's vastness, the election is run in seven phases beginning on Thursday with 142 million people able to cast ballots.

Polling stations in northeastern states like Arunachal Pradesh bordering China were the first to open, followed by parts of Bihar in the north and Jammu and Kashmir in the Himalayas.

The election is seen as a referendum on prime minister Narendra Modi and his Hindu nationalist-inspired Bharatiya Janata Party (BJP).

The party invoked its Hindu nationalist roots before the elections in 2014 which brought Modi to power. In February, India's military altercation with arch-rival Pakistan allowed him to portray himself as the "chowkidar" (watchman) protecting mother India.

Modi appealed to his almost 47 million followers in an early-morning tweet.

Modi, a tea-seller's son from Gujarat state, has simplified the tax code and made doing business easier, and is credited with improving the nation's international standing.

But some of his promises have fallen short, especially in rural areas where thousands of indebted farmers have committed suicide in recent years.

His critics also say the Hindu nationalism of his BHP party has fanned religious tensions in India where Hindus make up about 80% of the population.

Modi's main rival, Rahul Gandhi, the 48-year old leader of the main opposition Congress party, is hoping to become the latest prime minister from his dynasty.

Opinion polls are notoriously unreliable in India and much will depend on the BJP's performance in several key states, in particular Uttar Pradesh and West Bengal.

Voting concludes on 19 May and counting is scheduled for 23 May.