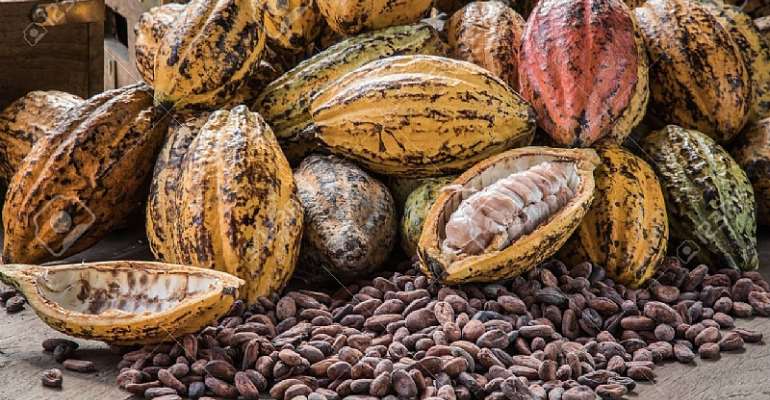 Lecturer at the Bunso University College of Agriculture and Environmental Studies, Dr. Francis Awotwe says Ghana is likely to lose its slot as the top cocoa producer in Africa if government does not show more commitment to improving the sector.

According to Dr Francis Awotwe in an interview with Citi FM, the continued use of mercury soaked lands for cocoa cultivation may affect Ghana’s prestigious position on the world market.

An increase in illegal small-scale mining in communities has led to the destruction of cocoa farms with some cocoa farmers selling their lands to miners.

Majority of cocoa farmers in the country are also cutting down cocoa plantations for rubber and palm tree, which according to the farmers are more productive and lucrative.

Dr. Awotwe called on the government to develop policies to protect the over 60 million cocoa seedlings distributed to cocoa farmers.

“Cocoa farmers are aggrieved that they are not getting the best. I think that the government should be interested in protecting these seedlings that are bought with taxpayers monies. The other thing is that some farmers tell me that the soil they use is from galamsey lands. In the future, if it is detected in our cocoa beans that some of the mercury they use have accumulated in our beans, you can imagine the huge economic implications if our beans are rejected on the international market.”

“If Ghana is producing 60 million cocoa seedlings for distribution to farmers, the Government should be interested in protecting these seedlings so that they can mature to increase cocoa production annually. But that doesn’t seem to be what is happening. We know that cocoa farmers are complaining and cutting down their cocoa for rubber and other productions,” he noted.

The facility will be used to refinance cocoa bills raised by Bank of Ghana on behalf of COCOBOD and to finance production enhancement programmes.

The Minority in Parliament earlier chastised the New Patriotic Party (NPP) government for maintaining the producer price of cocoa for farmers across the country.

The group had accused the government of failing cocoa farmers who contribute so much to the economy by choosing “an unrealistic exchange rate” for the farmers.

A claim, manager in charge of the Ghana Cocoa Board CEO’s office, Fiifi Boafo, refuted.