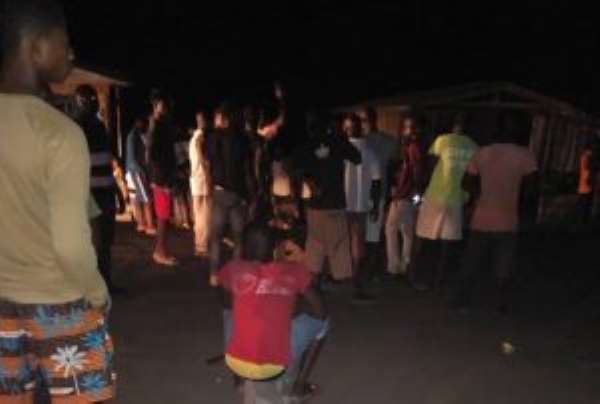 The Yilo Kroko and Manya Krobo Municipal Security Councils (MUSEC) have placed an interlocutory injunction on organisers of a demonstration on the Odumase-Accra road last week.

Some residents, from Nuaso in the Eastern Region were demonstrating against the Power Distribution Services (PDS) over what they claimed was unfair treatment and lack of service delivery from the power distribution company.

Although two people sustained gunshot wounds when the police tried to maintain calm, seven people have been arrested and are assisting the police with investigations.

The decision to summon the leaders was taken at a joint (MUSEC) meeting between Yilo Krobo and Manya Krobo Municipal Assemblies to discuss the way forward for avoiding subsequent illegal demonstrations.

Per the injunction, the seven have been restrained from taking part in any future demonstrations against PDS.

ASP Ebenezer Tetteh, Public Relations Officer of the Eastern Regional Police Command told Citi News, the leaders will be made to face the full rigours of the law should they defy the orders.

“A decision has been taken that the ring leaders – those who were actually fueling the riotous demonstration against PDS and threatening to attack their installations are served with summons to restrain them to be of good behaviors. Their failure to do so means that the law will take its course.”

“Meanwhile, we are investigating the seven who have been arrested. When we conclude with the investigations, they will be charged with rioting and other offences that will be levelled against them. the are currently assisting the Krobo Odumase Police with investigations,” he added.

The residents numbering 60, wielding metals, planks and other offensive weapons blocked the main town road and set fire into tyres and other materials in the middle of the road.

They in the process caused several hours of vehicular and human traffic to commuters from Kpong and Somanya.

One of the protestors who spoke to journalists called on PDS to provide them with a load shedding schedule.

“The whole community is not happy with the way electricity keeps going off every night. We are bothered and worried about this because the weather now is very hot during the day and at night we need electricity to power our devices to sleep but we don't have electricity.”

The angry protestors also revealed how they have planned to visit the offices of PDS in the municipality to demand answers to the recent power outages.